New research has examined the impact of an infant’s sleep duration and sleep disruption due to sleep-disordered breathing (SDB) on cognitive and language development at two years of age. A separate study has identified 4 distinct types of SDB that occur in infants, along with unique risk factors associated with each.
The findings, published in two papers in the August 2018 issue of Sleep Medicine, will help doctors better predict which children are at risk for sleep disorders and intervene early with treatment.

Piush Mandhane, MD, PhD, FRCPC, an associate professor of pediatrics in the University of Alberta’s (U of A) Faculty of Medicine & Dentistry, and leader of the CHILD Study’s Edmonton site, led both studies.

“Short sleep duration and symptoms of SDB ranging from snoring to sleep apnea have been associated with multiple health, learning, and behavioral problems in children,” says Mandhane in a release. “In the CHILD Study, we were interested to find out if limited sleep time and sleep disruption affected cognitive and language development in preschool children.”

Importance of Total and Nighttime Sleep

In the first study

“A drop of 10 points represents nearly a full standard deviation on the cognitive scale,” Mandhane explains. “It’s quite a substantial difference.”

The researchers further found that children with persistent SDB had lower language scores, but no differences in cognitive development compared to children with no SDB. There are a few possible explanations for this finding, according to the study first-author Lisa Smithson, a postdoctoral researcher at the U of A.

“One theory is that language acquisition is more sensitive to sleep disruption than cognitive development. Alternatively, the link between SDB and language delay may be the result of kids having multiple nose and ear infections, which tend to impair hearing and speech,” says Smithson.

In the second study

, Mandhane’s team analyzed data from a subset of 770 children involved in the CHILD Study.

Parents completed questionnaires regarding their child’s sleep patterns and SDB symptoms, and answered questions about daycare/location away from home; cold (rhinitis) symptoms and treatment; acid reflux symptoms and treatment; and inhaled corticosteroid use. At 1 year of age, the children underwent a specialized sleep test, as well as a skin-prick test to determine allergic sensitization.

Viral infections and daycare attendance were associated with all three of the SDB symptom categories. Unique genetic and environmental risk factors were identified for each of the 4 subtypes.

“Together, these findings highlight the importance of total and nighttime sleep, and demonstrate the cognitive and language problems that can occur in preschool children when sleep is disrupted. Our results suggest that early intervention to reduce specific SDB risk factors may help to avoid more serious behavioral, cognitive, and emotional problems down the road.” 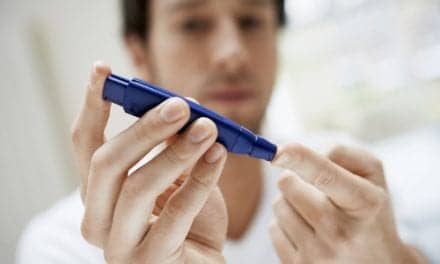