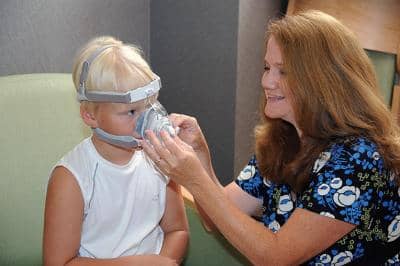 A recently published study by Gillette Children’s Specialty Healthcare found that children who have cerebral palsy (CP)—especially when the condition is severe or combined with epilepsy—are more likely to suffer from obstructive sleep apnea. It also found that children with CP are more likely to be accurately diagnosed with a sleep disorder if routinely screened with a questionnaire.

Sleep disorders are underdiagnosed among CP patients, says John Garcia, MD, a sleep medicine specialist at Gillette and the study’s lead author. That’s a problem, he says, because children who aren’t properly treated for a sleep disorder are much more likely to suffer from seizures, contract respiratory illnesses, and see fewer gains in treatments.

“This is a vulnerable population to begin with, so the stakes are higher,” Garcia says in a release. “Obstructive sleep disorders make life really tough for anybody, but even more so for kids who have CP.”

Once a sleep disorder is identified, physicians can take steps to correct it including upper airway surgery or the use of a CPAP device. The good news is that after treatment, patients see measureable improvements including fewer seizures, better health, and increased mobility. Some research suggests that children who have CP who are effectively treated for sleep apnea can see nearly 20% improvement in overall health.

In this study, Garcia and a team of experts at Gillette implemented a questionnaire for patients. Researchers found that if more than a third of the 20 questions on the questionnaire were answered positively, there was an increased risk of obstructive sleep apnea. The use of this simple, rapidly administered and publicly available questionnaire significantly helped researchers identify the risk of sleep disorders. Garcia and his colleagues propose that sleep disorder screening be used among all CP patients.

“Anyone who has CP should be screened for a sleep disorder—it should be standard practice,” Garcia says. “We can improve quality of life for our patients.”

The research was recently published online in the journal of Developmental Medicine and Child Neurology and will be published in print later this year. The study was published with the help of Gillette Research Scientist Sam Roiko, PhD, and was funded by the Gillette Foundation.

Sleep Derailed: Sleeping Problems Can Be a Big Problem for Companies 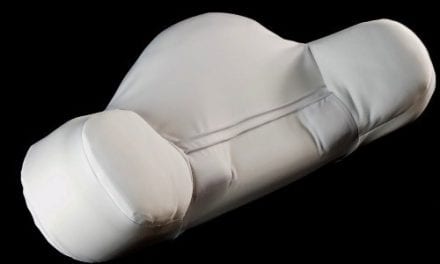