A Challenging Case of Hypersomnia

A 31-year-old man with a chief complaint of hypersomnolence worsening over the past 5 years presented at the St Charles Mercy Hospital, Oregon, Ohio, demonstrates the importance of keeping the whole picture in mind.

With the increased recognition of obstructive sleep apnea (OSA), a demand for sleep studies is at a high level. There is a constant influx of new patients to diagnose and treat. It is rare to see a patient frequently over a period of years and it is even more rare to be able to obtain multiple polysomnographic (PSG) studies over time. In the following case, circumstances that emerged provided us with such an opportunity.

A 31-year-old man with a chief complaint of hypersomnolence worsening over the past 5 years presented at the St Charles Mercy Hospital, Oregon, Ohio, in June 1998. Upon questioning, he traced the start of his sleepiness to his early teens and admitted to falling asleep during class. He had currently fallen asleep in sedentary situations as well as during conversations. He reported several near-miss auto accidents. He woke up feeling exhausted, yet no evidence of cataplexy or sleep paralysis was noted. The patient did, however, report hypnagogic hallucinations.

The patient had been working a third-shift position as a parking lot sweeper for approximately 1 year. His bedtime varied from 10:00 am to 2:00 pm with a usual wake time of 8:00 pm. He reported that he fell asleep quickly and slept throughout the interim. He did report an occasional arousal due to an acid feeling in his throat. This was attributed by the patient to an already known diagnosis of gastroesophageal reflux disease (GERD). He was told that he was a loud snorer but had no history of witnessed apneas or gasping arousals.

Physical examination showed a well-nourished normotensive male standing 5’10” and weighing 225 pounds. His pulse was 76 bpm and respirations 12 bpm. Heart and lung sounds were normal and there was moderate prominence of the soft palate. His medical history included the above-mentioned GERD, vasodepressor syncope, and hypothyroidism. There was also a complaint of sinus congestion. Medications included midodrine, levothyroxine sodium, ranitidine HCl, p-ephed sul/loratadine, and nefazodone hydrochloride. The nefazodone hydrochloride was prescribed by the patient’s family physician for his daytime fatigue. He denied telling the sleep specialist about feelings of a depressive mood.

The patient had been off work because of his sleep complaints for 2 weeks prior to initial consultation. He had reverted back to a nocturnal sleep cycle. A nocturnal PSG followed by a multiple sleep latency test (MSLT) was scheduled 3 weeks out with the understanding the patient would be off work and adhering to a strict nocturnal bedtime of 10:30 pm-11:00 pm, and it was recommended that the patient discontinue the nefazodone hydrochloride.

Sleep architecture on the PSG was normal and the parameters were as follows: stage 1—2%; stage 2—57%; stages 3 and 4—16%; stage rapid eye movement (REM)—25%. Sleep efficiency was 96% with an arousal index of 13.3. An apnea/hypopnea index (AHI) was 12.6 and there were no apneas—only hypopneas. Latency to sleep was 5 minutes and REM latency was 62.5 minutes. The patient had no periodic limb movements and snoring was noted to occur infrequently and was light in intensity. The MSLT yielded a mean sleep latency of 3.4 minutes with sleep onset REM periods (SOREMP) during the first and fourth naps.

The patient was diagnosed with mild OSA, shift work sleep disorder, and probable narcolepsy. He was started on methylphenidate at 10 mg bid. It was the clinical judgment of the sleep specialist to see how the patient responded to the methylphenidate before considering treatment for OSA. This was based on the long-standing history of excessive daytime sleepiness (EDS), which predated the start of shift work and most likely the OSA as well. The patient phoned the office 3 weeks after initiation of treatment with a report of improved daytime functioning, although he still had troubling breakthrough sleepiness. Methylphenidate was increased to 20 mg slow-release tablets twice per day. One week later the patient returned to the clinic with a report of tremendous improvement and was instructed to follow up in 2 months.

Back to Work
The patient returned to his job on the night shift. He came back to the clinic in December 1998. He was now going to sleep at 1 pm-2 pm, sleeping until 8:00 pm. He stated that he was doing quite satisfactorily although there was an occasional episode of sleepiness. This was felt to be more attributable to probable insufficient sleep. He was instructed to increase his total time in bed to at least 8 hours so the methylphenidate dosage was unchanged.

The patient was next seen in July 1999. He reported feelings of light-headedness and blurred vision and it was discovered that the patient had stopped taking midodrine because of financial reasons. EDS was still well controlled and the patient was switched to modafinil at a dosage of 200 mg upon awakening. The switch was made because of modafinil’s more benign side-effect profile. He was instructed to follow up with his heart specialist who placed him on metoprolol at 50 mg for his vasodepressor spells and was scheduled for a 1-month follow-up.

At 1 month on modafinil at 200 mg, the patient reported to be doing quite well. He had increased his time in bed to 8 to 9 hours and no side effects were reported.

The following winter, the patient secured a position as a truck driver. In order to obtain a commercial driver’s license, he was required to present evidence that his sleepiness was well controlled. This resulted in another visit to the clinic in March 2000. He reported to be doing well and stayed active throughout his waking day. After this visit, the patient was put on day shifts. He came in to see us in October complaining of increased sleepiness in the early afternoon. He was prescribed an additional dose of modafinil at 100 mg to be taken at noon. He was counseled to attempt to lose weight, as it had remained steadily between 215 and 225 pounds since his first visit. The physician believed that if the patient continued to be sleepy on the new dosage of modafinil, it would be prudent to do another PSG to rule out worsening sleep apnea.

In January 2001, the patient returned. He reported only partial resolution of his early afternoon sleepiness along with feeling more tired during his overall waking day. He also reported feeling less refreshed upon awakening. A PSG with repeat MSLT was ordered in February and the PSG showed an increased AHI of 24. Sleep efficiency was reduced and stage 1 was increased while delta and REM sleep decreased over his first study. The MSLT showed a mean sleep latency of 3.6 minutes with one SOREMP.

CPAP Problems
The patient’s wife phoned the clinic at the end of March and stated that she could not awaken her husband after he had slept for 16 hours. At follow-up the next week, the patient was placed on empiric continuous positive airway pressure (CPAP) at 10 CWP. Modafinil was increased to 200 mg doses twice per day. If sleepiness did not improve by the next visit in 1 month, a CPAP titration study would be ordered. The patient phoned in 3 weeks later complaining of CPAP intolerance. His pressure was reduced to 7 CWP and a titration study was scheduled. The patient had a CPAP titration study in June 2001. He ultimately wound up on bilevel PAP therapy at 9/5 CWP due to CPAP intolerance. AHI at the prescribed pressure was still 11 and the patient could not tolerate higher pressures.

The patient did not return to the clinic after his titration study. A call was placed to his home in September and his wife stated that he was having difficulty sleeping with his bilevel PAP equipment. She thought he should be seen, so she was encouraged to have him call the laboratory. He did not call and we were finally able to schedule him for an appointment in February 2002. His weight had increased to 239 pounds and he was not using his bilevel PAP device or was using it for only a short time as he claimed he was taking the mask off in the middle of the night without realizing it. In a separate call to the clinic, his wife stated that he was not using the equipment, was not taking fludrocortisone acetate as recommended by his heart specialist, and was taking larger doses of modafinil than prescribed. The physician explained to the patient in detail the necessity of treating his OSA all night every night and stressed the benefits of a weight loss program and proper medication compliance. Then a 3-month clinic appointment was set.

Narcolepsy?
In the intervening time, the patient was required to have a physical examination to maintain his commercial driver’s license. He was told that he could not be approved for licensure if he had a diagnosis of narcolepsy. He returned to our clinic and requested the medical director to review his case. The patient believed that his symptoms were possibly due to sleep apnea and other factors and that he was not suffering from narcolepsy. The director agreed that the narcolepsy diagnosis was equivocal and based this on the changing sleep schedule and mild OSA at the time of the first test. Unable to drive a truck, the patient had been working the night shift on the loading dock for the past several weeks. A PSG on bilevel PAP therapy with a MSLT along with human leukocyte antigen (HLA) testing was ordered. HLA is a type of genetic testing that is associated with narcolepsy and is much more commonly found in narcolepsy patients with cataplexy.1 The patient had not taken modafinil for 2 weeks prior to the clinic visit because he ran out of the prescription and did not obtain a refill. He was scheduled the following week for a day study with naps at night. He was to remain off the modafinil and was to adhere to a strict sleep schedule.

The new testing showed an AHI of only 3.4 at a pressure setting of 11/5 CWP. Adequate time in all body positions was obtained and sleep architecture was normal. Latency to sleep was 7.5 minutes; latency to REM was 91 minutes; the MSLT yielded a mean sleep latency of 5 minutes with no SOREMP; and HLA typing yielded a negative result. The patient was restarted on 200 mg of modafinil twice per day along with bilevel PAP at 11/5 CWP. The patient had a repeat MSLT in 5 weeks, the results of which showed a mean sleep latency of 3.4 minutes and two SOREMPs despite strict adherence to treatment protocols.

Conclusion
The common thread to this case is the objective finding of severe hypersomnolence on every MSLT. As things stand, the patient is prevented from obtaining approval to drive trucks from the medical director. That much is certain. Is the patient narcoleptic? That is open to debate. Should he have had a CPAP titration study right after his initial PSG? I can hear a chorus forming on that question already. All first-night respiratory events were hypopneas and under the recently promulgated Centers for Medicare & Medicaid Services guidelines, it is doubtful the patient would have had an AHI of 5.0. His lowest desaturation was 91%, mean Sao2 was 95%, and range was 91%-96%. I would take issue with the fact that he was put on empiric CPAP. His sleepiness grew worse and very possibly was a result of pressure intolerance. A proper titration might have pinpointed issues sooner and saved the patient some stress. If he had cataplexy, diagnostic categorization might be simplified. In summary, the patient was sleepy and initially got much better clinically, although polysomnographically on the MSLT he did not. And then there was a clinical decline. Such a study serves to illustrate how important it is to always keep the big picture in mind. It raises more questions than answers and that is not always a bad thing. 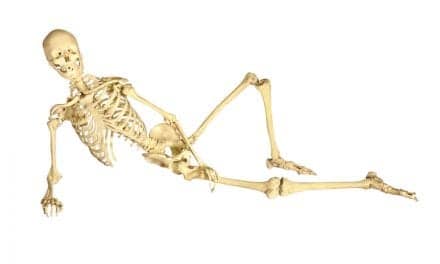 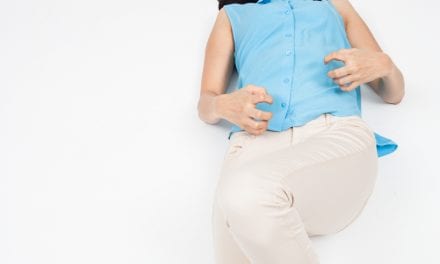 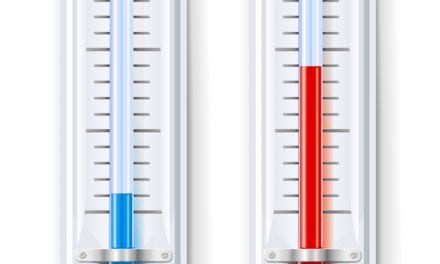