Invacare Wins Listing Among Fortune 40
In its 2004 Retirement Guide, Fortune magazine chose Invacare Corp, Elyria, Ohio, to be included in its listing of “Fortune 40,” the magazine’s annual model portfolio of domestic and international investment picks. The magazine describes the Fortune 40 as its “best investment ideas for the year ahead.”

Invacare is one of 18 small- and mid-cap stocks to make the list, which also includes large cap stocks, international stocks, and a fixed-income fund. Invacare made the list at least in part because its products, home and long-term medical care equipment, target an older consumer audience, which is growing in number as the baby boomer generation ages.

Pillar Procedure Provider Hires New Executives
Restore Medical, a St Paul, Minn-based provider of alternative medical technologies that address sleep-disordered breathing, in July appointed John Foster to senior vice president of commercial operations and Paula Norbom to vice president of finance. The company says the executives’ combined 40 years of experience in the medical device and biotechnology industries will help Restore Medical grow its business, which includes the marketing of the Pillar Procedure, a patented treatment of socially disruptive snoring approved by the US Food and Drug Administration (FDA). With the Pillar Procedure, three inserts are placed in the patient’s soft palate to alter the palate’s dynamic response to airflow and reduce the severity of snoring. Pillar inserts are less than 1 inch long and made from a woven, soft polyester material. The procedure is conducted in a single physician’s office visit using local anesthesia. Restore Medical is awaiting FDA approval for the Pillar Procedure for the treatment of obstructive sleep apnea.

ResMed Reports Increased Revenue, Income
For the quarter ended June 30, 2004, ResMed Inc revenues soared to $92.9 million, a 15% increase compared to the same quarter last year. Company revenues for fiscal year 2004 were $339.3 million, an increase of 24% over the previous fiscal year. Excluding the impact of revenues of approximately $5 million related to the severe acute respiratory syndrome (SARS) outbreak in China in fiscal 2003, revenues increased 23% over the quarter ended June 30, 2003. Income from operations and net income for the June 30, 2004, quarter grew to $24.5 million and $15.9 million, respectively, an increase of 32% and 17%. Up 25% over the prior year, net income for fiscal 2004 was $57.3 million or $1.63 per share, on a diluted basis.

ResMed’s financial performance was recently recognized in the June 7 edition of BusinessWeek, which ranked the company as one of 100 “Hot Growth Companies.” BusinessWeek selects companies based on 3-year results in sales growth, earnings growth, and return on invested capital. Poway, Calif-based ResMed has made the list in 5 of the past 6 years.

Erratum
In the July/August issue of Sleep Review, Arthur “Archie” J. Roberts, MD, was incorrectly identified as founder and director of SleepTech, a unit of Reykjavik, Iceland-based Medcare, in the story “SleepTech Kicks Off NFL Study” in manufacturing news. Roberts is actually founder and director of the nonprofit Living Heart Foundation. 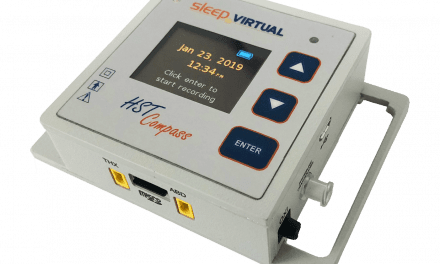 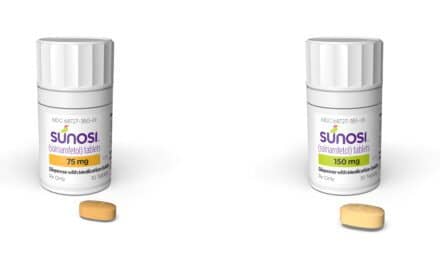