Jazz Pharmaceuticals plc’s investigational treatment solriamfetol demonstrated long-term maintenance of efficacy and a tolerable safety profile in the open-label Phase 3 TONES 5 study of excessive sleepiness (ES) in patients with narcolepsy or obstructive sleep apnea (OSA). Data from the study were presented in a poster at SLEEP 2018 and will be featured in an oral presentation at the meeting on June 5 at 1:30 pm.

“As a leader in sleep medicine, Jazz is focused on addressing the needs of the sleep community through the research and development of new treatment options, and we are pleased that the results of this long-term study are consistent with the safety and efficacy that we have seen across the breadth of our clinical program for solriamfetol,” says Jed Black, MD, senior vice president, Sleep and CNS Medicine at Jazz Pharmaceuticals and adjunct professor, Stanford Center for Sleep Sciences and Medicine, in a release. “If approved by the US Food and Drug Administration, solriamfetol would offer patients the first new chemical entity for the treatment of excessive sleepiness in narcolepsy and OSA in the US in nearly 10 years.”

In the TONES 5 study, patients with excessive sleepiness due to narcolepsy or OSA, including those who had completed prior studies with solriamfetol, began treatment with solriamfetol in the two-week titration phase followed by a maintenance phase of up to 50 weeks. A subset of patients participated in a two-week placebo-controlled randomized withdrawal phase after approximately six months of treatment. The primary endpoint in the randomized withdrawal phase was change in Epworth Sleepiness Scale (ESS) from beginning to end of the randomized withdrawal. Secondary endpoints were Patient and Clinician Global Impression of Change (PGI-C and CGI-C, respectively).

In this trial, 643 patients (226 narcolepsy; 417 OSA) were administered solriamfetol and included in the safety population, and 458 completed the study. Two hundred and eighty-two patients were entered into the randomized withdrawal phase, and 280 completed this phase (141 receiving placebo and 139 receiving solriamfetol), representing the modified intent-to-treat population. At the end of the randomized withdrawal phase, patients who received solriamfetol remained improved, whereas those who were switched to placebo worsened. The Least Squares mean change in ESS score was 1.6 with solriamfetol compared with 5.3 with placebo, resulting in a LS mean difference of –3.7.

For both secondary endpoints (PGI-C and CGI-C), significantly greater percentages of patients who were switched to placebo were rated by their physicians and themselves as worse in their overall condition at the end of the randomized withdrawal compared with the solriamfetol group (both P<0.0001).

Long-term maintenance of efficacy was also demonstrated during the open-label period for up to one year by sustained reductions in mean ESS scores and improvements on the PGI-C and CGI-C scales.

The most frequent treatment-emergent serious adverse events (AEs; ?5%) with solriamfetol were headache, nausea, insomnia, nasopharyngitis, dry mouth, and anxiety; 27 (4.2%) patients experienced one or more serious treatment-emergent adverse events. There was one death due to sepsis in a 70-year-old immunosuppressed male with OSA on solriamfetol 300 mg. The death was considered unrelated to study drug by the investigator.

Do You Snore? Tell Your Dentist 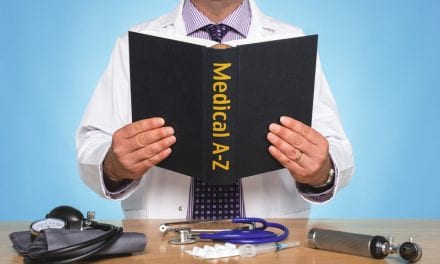