Their small talk about undiagnosed sleep apnea in cardiology patients ultimately grew into a big partnership at Advocate Aurora Health. In the three years since the program’s inception, the cardio-sleep partnership at the Illinois-based health system has helped test and treat thousands of patients whose sleep apnea would almost certainly have remained undiagnosed otherwise.

Before the program began, patients who were admitted to the emergency room (ER) with shortness of breath and hypoxia would routinely be diagnosed with “recurrent heart failure.” But Brown and Tumashova noticed that these patients’ cardiac testing results would often show normal left ventricular function. What was amiss with these patients was snoring and apneic spells. “We knew right away this was not heart failure,” Brown says.

At the time, all the two physicians could do was speculate that many of the readmissions for heart failure, atrial fibrillation, and other cardiac issues were actually due to undiagnosed sleep apnea. But Brown says most patients could not be diagnosed with sleep disorders on the spot because “no one covers sleep testing in the hospital.” He adds, “We do a lot of unnecessary therapies because of the lack of diagnosis of sleep apnea. As a cardiologist for 30+ years, I’ve been acutely aware of this.”

Trying to catch cardiac patients with sleep apnea earlier in the process, before they wound up in the ER, was stymied by neither the cardiologists nor their patients expressing motivation for sleep testing.

“Patients hated the idea of testing at the sleep lab, and they hated CPAPs,” Tumashova says. And the majority of the system’s cardiologists were reluctant to recommend patients for sleep testing because of the likelihood of nonadherence to sleep apnea therapy (at the time, as Tumashova alludes to, it was almost exclusively CPAP therapy that was prescribed), making the sleep diagnosis essentially moot.

One forward-thinking cardiologist in their health system had piloted a program a few years prior to identify patients with a high likelihood of sleep apnea based on cardiac comorbidity. The patients in the pilot were given home sleep tests, which facilitated diagnosis within 48 hours after study completion. The pilot, which was limited to one office, gave Brown and Tumashova more traction as they began formulating a scaled up, system-wide program for sleep apnea screening of cardiology patients.

Tumashova had been conducting some inpatient studies with Zoll Itamar’s WatchPAT home sleep test, and she and Brown decided to invest in the technology to make more diagnoses.

“What started as a concept in one clinic, with one cardiologist, over time evolved into what we call ‘best practice alert,’” Tumashova says. Now, almost every Advocate Aurora Health cardiology office in Illinois (which is more than 100 cardiologists!) keeps at least two home sleep testing devices on hand.

According to Tumashova, having cardiology initiate the conversation and dispense the home sleep test is key. Previously, when told to call the sleep department for the test, “patients wouldn’t even pick up the phone” to make the most basic step of the referral, Tumashova says.

Since the program began three years ago, more than 2,300 patients have been recommended for a sleep study and 80% of those have followed through with the test. (More than 75% of those were found to have sleep apnea.) Once diagnosed, the sleep clinic takes over care and follow up.

The sleep medicine follow up that began with just Tumashova now includes eight nurse practitioners throughout the state of Illinois. Multiple locations make it more convenient for patients to continue their sleep care.

The data has been amazing. In the first three months of cardiology offices receiving the WatchPAT devices, they referred as many patients for sleep studies as they had in the entire previous year.

Tumashova’s sleep clinic sees between 800 and 1,000 patients each month, including the increased referrals from cardiology and an increase in self-referrals. “We have all the cardiologists on board now, which is exciting,” she says.

She also credits this success to a multidisciplinary approach to treatment. Beyond CPAP, the sleep specialists now offer more options including oral appliances, implantable neurostimulators, and other alternatives.

“Multiple modalities brought a lot of patients back to us,” Tumashova says.

Tumashova has also worked to build connections with local dental sleep medicine practices. As part of Aurora Physician Partners, these dental clinics also have access to Epic, the same electronic health record system as Advocate Aurora Health, making it easier to manage patients. Having so many partners also means most of Tumashova’s patients don’t have to drive more than 20 minutes for their sleep apnea therapy.

This network of partnering facilities, including sleep, ear-nose-throat, and durable medical equipment facilities, has been integral to the success of the program. The cardiology department “would have given up,” Brown says, “if we didn’t have such a robust partner.”

According to Brown, the cost of readmission to the cardiac intensive care unit is $5,000 per day. “All that money could be saved if we could reduce sleep apnea,” he says.

The high rate of sleep apnea diagnosis coming through Tumashova’s clinic may help address cardiovascular conditions like atrial fibrillation and hospital readmissions, but it also begs the question: How many other patients with sleep apnea aren’t getting tested and treated?

The two physicians see this as an incredible opportunity for the healthcare system. A future program goal is to measure healthcare savings and the actual reduction in readmissions.

In addition to the eight nurse practitioners currently working in the program, Tumashova recently asked for four more sleep practitioners to keep up with demand. She says, “Cardiology used to get upset to refer [to the sleep clinic]. “Now, they get upset if the patient has to wait more than one month.”

Other future program goals include moving toward population health, finding solutions like reducing readmissions for atrial fibrillation, looking at how the patient feels (and how to measure that), and analyzing the global cost of care.

The collaboration also wants to bring the home sleep test technology to the hospital inpatient setting. This would allow patients who are admitted to the emergency room and screened by a nurse to leave with sleep treatment. Brown and Tumashova hope that data from this cardio-sleep collaboration will also lead to increased third party payor coverage for sleep testing in the future.

Alan Brown, MD, FACC, FAHA, has this advice for other health systems that want to adopt a similar model.

Karen Schotanus is a Kansas City, Kansas-based communications professional with more than a decade of writing and editing experience. 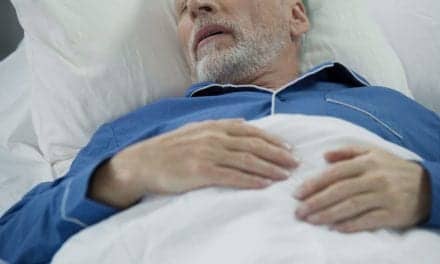