University of Illinois at Chicago (UIC) researchers received $2.9 million from the National Institute of Diabetes and Digestive and Kidney Diseases to study the outcomes of patients with sleep apnea and chronic kidney disease.
Chronic kidney disease is characterized by a slow, progressive decline in kidney function. If untreated, the disease leads to end-stage renal failure, which requires dialysis or a kidney transplant. The two most common risk factors are high blood pressure and diabetes.

A previous study led by Ana Ricardo, MD, MPH, MS, UIC associate professor of medicine in the College of Medicine, demonstrated that poor sleep quality and short sleep duration speeds up the progression of kidney disease.

“That research led us to our new study in which we will evaluate how sleep-disordered breathing might impact the progression of chronic kidney disease,” Ricardo says in a release. “The most common type of sleep-disordered breathing is obstructive sleep apnea, which is characterized by the intermittent blockage of airflow during sleep. Previous research shows that obstructive sleep apnea is associated with fragmented sleep and poor quality sleep.”

To evaluate the association between sleep apnea and chronic kidney disease progression, Ricardo will use the ongoing multicenter NIH-funded Chronic Renal Insufficiency Cohort Study, or CRIC.

“We are planning to recruit 2,200 adults currently enrolled in the CRIC study who have not reached end-stage renal disease and have not received treatment for sleep apnea,” Ricardo says. “To study sleep apnea, we will give patients a home sleep monitor for one night. We will follow those patients for up to five years to compare the kidney function and cardiovascular outcomes in those with and without sleep apnea for decreased kidney function or cardiovascular dysfunctions. We hypothesize that sleep apnea will be associated with an increased risk of chronic kidney disease progression over time.”

According to Ricardo, sleep-disordered breathing has been associated with high blood pressure, insulin resistance, and deregulation of appetite—factors that can exacerbate hypertension, diabetes, and obesity. Therefore, sleep apnea could indirectly increase the risk of chronic kidney disease progression. What’s more, sleep apnea’s repeated cycles of low and high oxygen in the blood can cause organ damage, including the kidney.

“Sleep is very important for all the organs in our body,” Ricardo says. “We know the benefits of adequate sleep. All people should get 7 to 8 hours per night and keep a regular sleep schedule. If we find that sleep apnea is a risk factor for chronic kidney disease progression, then the next step would be to evaluate whether treatment for sleep apnea will lead to stable kidney function.” 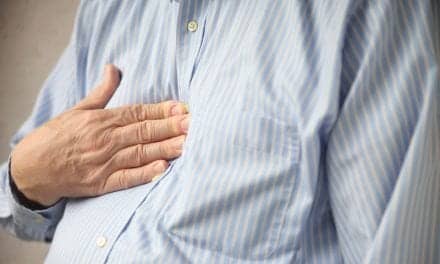 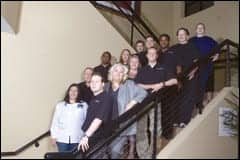