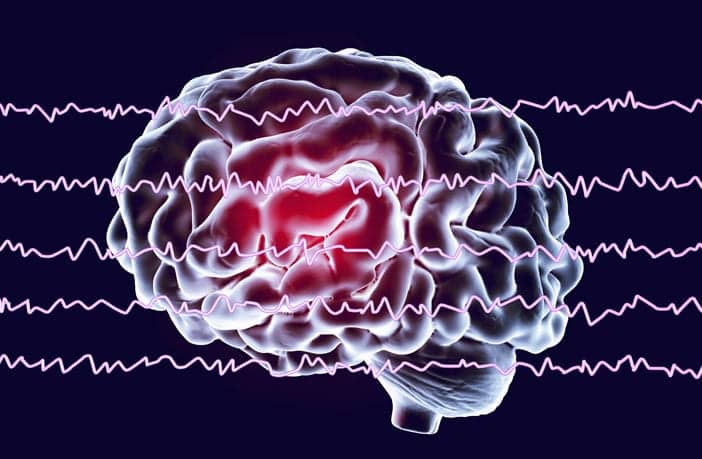 Critically ill patients are more likely to be successfully weaned from a mechanical ventilator, or breathing machine, if they have higher levels of wakefulness and both their right and left brains experience the same depth of sleep, according to new research published online in the American Thoracic Society’s American Journal of Respiratory and Critical Care Medicine.

In “Sleep and Pathological Wakefulness at Time of Liberation from Mechanical Ventilation,” Laurent Brochard, MD, PhD, and co-authors used polysomnography, or a sleep study, and a novel index developed by one of the co-authors, Magdy Younes, MD, PhD, to analyze the data from the study. The index’s odds ratio product (ORP) provides a continuous digital score from 0 (very deep sleep) to 2.5 (full wakefulness).

The researchers wanted to determine whether the ORP was associated with the likelihood that a patient could be successfully removed from mechanical ventilation.

“Patients under mechanical ventilation in intensive care units frequently suffer from severe sleep deprivation and, as a consequence, exhibit abnormal patterns of sleep or wakefulness, which explain in part the frequent development of delirium,” said Dr. Brochard, senior study author and director of the Critical Care Medicine Division at the University of Toronto and a clinician-scientist at the Keenan Research Centre for Biomedical Science at St. Michael’s Hospital in Toronto, Canada.

While mechanical ventilation is life-saving, it can cause lung damage, infections and other health problems, so patients should be taken off a ventilator as soon as medically possible. Physicians use a spontaneous breathing trial (SBT) during which a patient breathes with no or little help from the ventilator to assess the patient’s readiness for breathing on his or her own.

“Successful separation from mechanical ventilation necessitates an adequate response from a number of physiological systems, all of which could be impaired by sleep deprivation,” Dr. Brochard said, noting that previous studies have, in fact, linked pathological sleep with prolonged difficulties in being separated from the ventilator.

“We wondered whether assessing a period of sleep and wakefulness in the hours before attempting a separation from the ventilator could predict the success of this process.”

The researchers analyzed data from 37 patients at 3 Toronto-area hospitals who were scheduled for an SBT and had undergone polysomnography for 15 hours before the test. SBT was successful in 19 patients. In 11 of these patients, their breathing tube was removed; in the other 8 patients the breathing tube was not removed because, despite a successful SBT, other clinical factors indicated they were not ready for extubation. In 18 patients, the SBT was unsuccessful.

The researchers said the fact that ORP scores were associated with success or failure in weaning patients from mechanical ventilation while standard sleep scores were not, most likely reflects ORP’s ability to better distinguish different levels of sleep.

Dr. Brochard explained that classical sleep analysis is made very difficult by frequent “atypical” or “pathological” tracings in ICU patients. This is particularly true during a condition called pathological wakefulness.

“Defining wakefulness or sleep classically,” Dr. Brochard, “necessitates detecting short-wave brain activity that typically characterizes sleep and a decrease in higher frequencies that characterize wakefulness and comparing these results to clinical behavior: does the patient look awake or asleep?”

Dr. Brochard said the dissociation between the brain hemispheres was an “entirely new” finding that raised many questions: What is exactly causing the dissociation between the two hemispheres observed in these patients? Is it primarily sleep deprivation? Or is there an influence of the sedative drugs administered in the first days, or of certain medical conditions? How and how fast can it be reversed?

Answers to these questions may lead to changes in how mechanically ventilated patients are managed in the ICU.

“We now have a monitoring tool of the brain that can help us address questions of major importance for the outcome of patients in the ICU,” Dr. Brochard said.