Massachusetts General Hospital (MGH) investigators have developed a system to accurately track the dynamic process of falling asleep, something that has not been possible with existing techniques. In their report in the October issue of the open-access journal PLOS Computational Biology, the research team describes how combining key physiologic measurements with a behavioral task that does not interfere with sleep onset gives a better picture of the gradual process of falling asleep. In addition to being a powerful tool for future research, the system could provide valuable insight into diagnosing and understanding sleep disorders.

“While our personal experience tells us that falling asleep is a gradual process, current clinical methods only define a single point in time at which one has fallen asleep,” says Michael Prerau, PhD, of the MGH Department of Anesthesia, Critical Care and Pain Management, lead author of the report, in a release. “Our new research shows that it’s not simply when you fall asleep that’s important, it’s how you fall asleep that really matters. We now have the power to chart the entire trajectory of your neurological, physiological, and behavioral activity as you transition from wake to asleep, rather than simply reporting the time it takes.”

In their report, the investigators describe developing a method that continuously estimates the degree to which an individual is awake at each point during the sleep onset process. “This is a real paradigm shift in the way we study sleep onset,” says Patrick Purdon, PhD, MGH Department of Anesthesia, Critical Care and Pain Management, and senior author of the study. “By quantifying the dynamic changes in brain activity and behavior during the transition from wakefulness to sleep, we now have a rigorous framework with which to study disorders of sleep onset, such as insomnia or narcolepsy.”

To link changes in brain activity to loss of consciousness during sleep onset, the investigators developed a new, minimally disruptive means of tracking behavior as someone falls asleep. Earlier methods either used tasks in which a participant was asked to respond to auditory cues, something that could disrupt falling asleep, or actigraphy—the method of measuring movement used in most clinical sleep devices and consumer wearables, which cannot distinguish between sleep and motionless wakefulness. To get around these problems, the investigators developed an ingenious new behavioral task that is accurate without disturbing sleep.

Instead of responding to a sound, a participant holds a small rubber “stress ball” in one hand and is asked to squeeze the ball with every intake of breath and release it when exhaling. A special glove on that hand and electrodes on the forearm measure both the timing and the force of each squeeze. In this way, the participant’s own breathing acts as the stimulus, and the squeezes act as the behavioral response. Tracking how well ball squeezes are aligned with an individual’s breathing reflects a gradual process during which more and more squeezes are mistimed or totally absent. Measuring the force exerted by the forearm muscle also reflects how the strength of the squeezing motion drops with sleep onset.

At the same time as the ball-squeeze measurements are taken, EEG readings track three brain wave patterns previously associated with falling asleep, decreasing power in the alpha frequency range and increasing power in delta and theta frequencies. The combination of all of these measures—the timing and strength of ball squeezes and the change in brain wave levels—is used to calculate what the investigators call the wake probability, an estimate of the degree to which a participant is awake during the process of sleep onset.

Testing their model in healthy volunteers over several nights not only provided more accurate results than did traditional methods of sleep determination, it also revealed differences in the way sleep onset occurs in different individuals. Current clinical criteria define sleep as beginning when the power of an individual’s alpha-range brainwaves disappears. While seven of the nine study participants followed this pattern, two participants continued to correctly time their ball squeezes for several minutes after alpha levels had dropped. Only when the power in their brainwaves at the theta and delta frequencies had risen did both the behavioral and physiological measures indicate that they were asleep.

“These participants continued to respond to the task, even though current clinical measures would say they were still asleep, which was clearly not the case,” says Prerau. “These results suggest that it is the presence of delta and theta power, rather than the lack of alpha power, that is necessary for the cessation of behavior. We may need to carefully re-examine the way sleep onset is defined, since behavior is an essential component of the story that is not measured clinically.”

By characterizing the trajectory of the sleep onset process in healthy individuals, Prerau and Purdon believe this study will ultimately shed light on what happens in patients who have trouble falling asleep, leading to an improved ability to understand and diagnose sleep disorders as well as to more precisely measure the effect of sleep medications. This method could also be used to track drowsiness in situations in which alertness is vital. 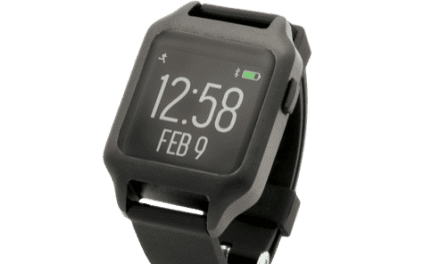 Sleep Apnea Devices Market to Grow at CAGR of 15.9%