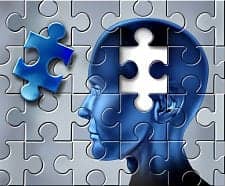 Sleep disturbance is one of the most distressing symptoms in Alzheimer’s disease, and sleep-related problems generally worsen as the disease progresses, according to the research article, which was published in the International Journal of Computers in Healthcare.

Sleep disturbance is an indicator of cognitive impairment and can lead to reduced alertness during waking hours, reduced overall well-being, and in some cases could be an early indicator of the onset of Alzheimer’s, according to the authors.

Data are collected from infrared movement detectors and sensors on bedroom and other doors in the patient’s home, which allows health care workers to detect unusual sleep patterns and assess changes in a patient’s health condition over the course of weeks and months.

Researchers conducted sleep studies at a care facility in Northern Ireland and found that non-Alzheimer’s patients had only one or two sleep disturbance “episodes” (big movements), compared to 35 or more episodes for Alzheimer’s patients, which resulted in many fewer hours of total sleeping time.

“PAViS provides a tool to enable telecare service and carers to be able to have a better overview of the client’s behavior,” the authors wrote. “The knowledge discovered or obtained from the long-term sleep profiles can also be used to support intervention in detecting and responding to abnormal sleep pattern.”

‘What I Learned From My Sleep Study’