We May Need to Rethink the Timing of Narcolepsy Diagnostics 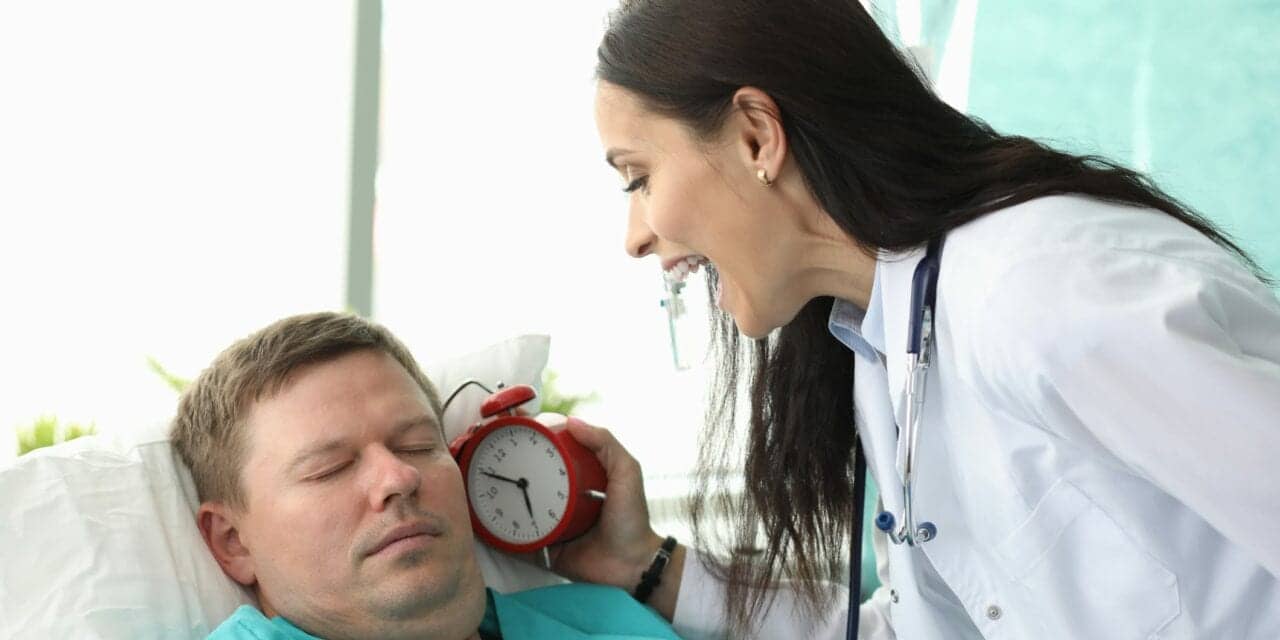 A new study of nap tests conducted after awakening from an overnight sleep study illustrates how long sleep duration can skew results.

There are great variations in biological clocks that influence bedtime habits and sleep duration, which can push a person’s sleep schedule forward, sometimes far into the day.

For sleep studies related to sleep apnea, morning wakeup time may have no impact on results—as long as a minimum amount of sleep occurs at some point during the night. But for patients being evaluated for narcolepsy who then continue with a multiple sleep latency test (MSLT), natural sleep variations can influence the outcomes of diagnostic tests.

“If a patient has a habit of falling asleep and waking up later than what is often captured on an overnight sleep study, the results of the nap test the next day may be influenced by that timing rather than a true disorder of sleep,” says Margaret Blattner, MD, PhD, a neurologist and sleep specialist at Beth Israel Deaconess in Boston.

In the evaluation of hypersomnia, for example, patients typically undergo overnight polysomnography (PSG). After the test, the patient is woken up in the morning, potentially interrupting their sleep. The overnight sleep test is then followed by the MSLT, often referred to as a “nap test,” to measure the time it takes to fall asleep during a daytime nap and how quickly the person enters into rapid eye movement (REM) sleep.

“My hope is that by better understanding why there are some inconsistencies in testing, we can start to move forward with a more careful evaluation of these patients with hypersomnia,” says coauthor Blattner. She encourages clinicians to look at the results of an MSLT in the context of a patient’s history.

According to the abstract, these results may explain why some people test unpredictably on repeat testing for type II narcolepsy or idiopathic hypersomnia.

“We know that, for example, there are often discrepancies between tests. So if someone comes in for this particular sleep study one night and then comes back another night for the same test, they can have two different diagnoses, narcolepsy type II and idiopathic hypersomnia, and so, why are there these inconsistencies between tests?” Blattner asks. “We were interested in this because there is this confusion and frustration within the field.”

The researchers reviewed 42 consecutive sleep studies of patients undergoing evaluation of hypersomnia with a total sleep time of more than 600 minutes. They found that many of the subjects had late REM. Sixty-seven percent had sleep onset before midnight.

The hypnograms showed REM sleep after 6 am in 96% of cases. And REM sleep appeared after 8 am 86% of the time.

“We were surprised by how many people in this population had late REM (or dream sleep). We expected that a certain percentage of people would have very late dream sleep, but we found that in just about everybody that we studied, there was REM sleep at the time that we typically start the nap test,” says Blattner.

“That may suggest that the REM sleep we see on the [MSLT] in these patients is actually REM at the end of their biological night.”