Itamar Medical Ltd on Monday reported financial results for the second quarter of 2018.

“Itamar Medical continues to demonstrate double-digit growth and we are pleased that cardiologists increasingly recognize the value that testing for sleep apnea followed by effective therapy can provide to their patients,” says Gilad Glick, Itamar Medical president and CEO, in a release. “The growing recognition of the importance of sleep apnea testing, coupled with our transition to a diagnostics sales model that does not require hospitals to make capital investments, positions Itamar Medical as a market leader. We believe that our investment in technology such as SleePath and our focus on the cardiology market will allow us to continue capturing a growing share of the US home sleep test market.”

Revenues for the second quarter of 2018 were $6.1 million, an increase of 20%, compared to $5.1 million in the same quarter last year. The increase was primarily the result of a 21% increase in sales of WatchPAT, the company’s flagship product. WatchPAT revenue in the U.S. grew by 24% to a record $4.2 million in the second quarter of 2018, compared with $3.4 million in the same quarter last year. The company recently renewed its agreement with a network of more than 340 hospitals and clinics serving 19 million patients in the United States. Increased revenue from recurring sales of WatchPAT tests in North America, which accounted for 67% of total revenue in the first half of 2018, was the result of the transition from a business model based on equipment sales to one based on the sale of  WatchPAT tests, called Test as a Service (“TaaS”) by the company.

Under the Total Sleep Solution (TSS) sales model, Itamar Medical also sells a package of WatchPAT logistics services known as WatchPAT Direct. Clinicians, especially cardiologists who are not sleep medicine specialists, value the TSS package as it helps to ensure that patients are moving efficiently through the care continuum and are being both diagnosed and adhere to their sleep apnea therapy, according to Itamar Medical, which adds that the TSS model is expected to become an increasingly important and more predictable revenue stream for the company.

As previously announced, Itamar Medical’s Board of Directors approved a registration statement filed with the SEC to list shares on the NASDAQ stock exchange through a level II (ADR) program. Completion of this filing is subject to approval by the SEC and NASDAQ. 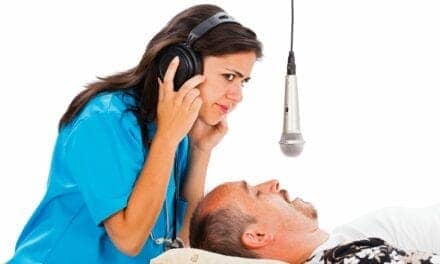 How to Reach the Yet-Undiagnosed Sleep Apnea Patient