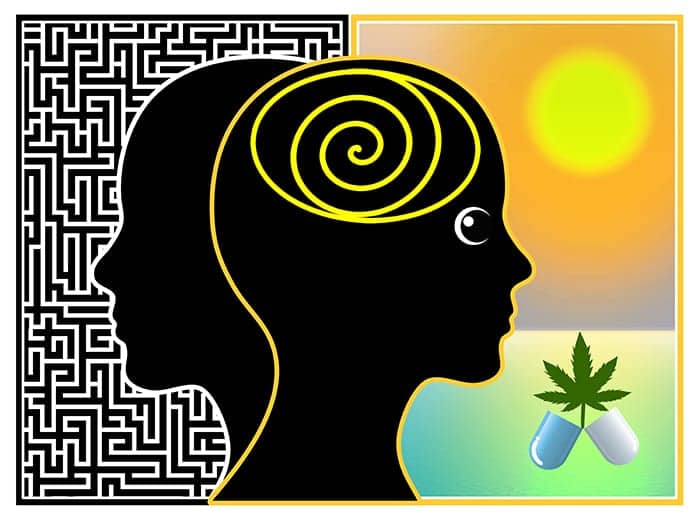 Tetrahydrocannabinol (THC), a molecule found in cannabis that is commonly known for its psychoactive properties, could be a viable therapy for obstructive sleep apnea, but research in this area is still in its infancy.

The Minnesota Department of Health approved medical cannabis for the treatment of sleep apnea last year. This means that in August the first sleep apnea patients were able to obtain medical cannabis under state law, though it remains classified as an illegal Schedule 1 narcotic on the federal level. While some providers feel the state’s decision is a step in the right direction, it has ignited a debate among sleep medicine physicians about whether there is enough evidence of the plant’s effectiveness to recommend its use for patient populations.

Not long after the department’s announcement, the American Academy of Sleep Medicine (AASM) came forward with a statement against the use of medical cannabis for sleep apnea.1 “We do not have enough data to tell us if it is OK to use it at this point,” says Kannan Ramar, MBBS, MD, professor of medicine in the division of pulmonary and critical care medicine at Mayo Clinic in Rochester, Minn.

In a brief, the Minnesota Department of Health cited recent research, including a clinical trial on dronabinol, synthetic THC that has been used for years to prevent nausea in chemotherapy patients.2 The medication was a new approach to the treatment of sleep apnea because it targeted the brain instead of the physical problem of collapsing airways. This reflects the new idea that sleep apnea is not just a physical problem but may be caused by several factors, including poor regulation of the upper airway muscles by the brain. The study from the University of Illinois at Chicago (UIC) and Northwestern Medicine was published in the journal SLEEP in 2017.3

Dronabinol had positive outcomes in some subjects, possibly by increasing airway muscle tone. After six weeks of treatment, patients experienced fewer episodes of shallow breathing and apneas throughout the night. The primary outcome was that dronabinol decreased the severity of the disorder (as assessed by the apnea-hypopnea index) by 33% of the pretreatment value, on average among all subjects.

The researchers think that dronabinol works by binding to cannabinoid receptors on the nerves that regulate the upper airway muscles. This inhibits activation of the vagus nerve, which increases muscle activity to stop airway collapse during sleep, says the principal investigator of the study, David Carley, PhD, a professor of biobehavioral health sciences, medicine, and bioengineering at UIC.

He cautions that while this work could lead to new treatments for sleep apnea, the promising results of the study do not apply directly to the cannabis plant in its natural form—since dronabinol was studied in isolation. Any reference to his research to justify the approval of medical cannabis is taking his work out of context, Carley says, since cannabis plants contain over a hundred biologically active molecules that interact with one another.

“I’m not saying that it wouldn’t be or couldn’t be therapeutic; I’m saying that we don’t have any data on that yet,” he says. “There is a lot more work that needs to be done.”

Research manager in the Minnesota Department of Health’s Office of Medical Cannabis, Thomas Arneson, MD, MPH, agrees. The former Minnesota Commissioner of Health Ed Ehlinger, MD, MSPH, made the decision to give sleep apnea patients the freedom to try medical cannabis to see if it works for them on an individual basis, but patients should still use caution, says Arneson.

“If you choose to use some cannabis products, bear in mind, that there is very little research evidence that shows that it works, and if you do use it make sure to check back in with your healthcare provider to make sure it is working for you,” he says.

In the dronabinol study, the researchers found significant improvement in the objective measures of severity of obstructive sleep apnea compared to the participants who took placebos. The subjects’ breathing during sleep and daytime alertness improved. These are positive signals that dronabinol, at least, potentially has a therapeutic, positive effect in patients with obstructive sleep apnea, says Carley.

A drug that treats the cause of sleep apnea could one day give patients more options to manage their condition. “The CPAP device targets the physical problem but not the cause,” says co-lead author Phyllis Zee, MD, in a release. “The drug targets the brain and nerves that regulate the upper airway muscles. It alters the neurotransmitters from the brain that communicate with the muscles. Better understanding of this will help us develop more effective and personalized treatments for sleep apnea.”

New cannabis therapies for sleep apnea are already on the horizon. Nasal respiratory and sleep technology company Rhinomed recently announced that it is partnering with the medical cannabis company Columbia Care to develop a product that can be administered through the nose with a nasal stent during sleep. The investigational cannabis product would treat several qualifying conditions, including obstructive sleep apnea.

“It is administered almost like a dermal patch, but inside the nose. What we can do is we can deliver a very set amount over a set period of time,” says Michael Johnson, CEO of Rhinomed. “And because it is going directly into the blood, into your circulatory system, we can actually use a much lower amount to achieve a clinical outcome than if you were to swallow it.”

This could offer an alternative to CPAP therapy. “That’s really interesting to us because certainly compliance rates with CPAP are under 40%. It’s an expensive therapy, patients don’t really like it, and yet there’s been no innovation in the sector for a long time,” says Johnson. “Here is an opportunity, potentially, to create a whole new mode of therapy that actually doesn’t treat the symptom of sleep apnea, but actually goes to ask the question: What is the underlying cause, what is the underlying reason why people have apnea?”

The Deadly Combination of Heart Disease and Sleep Apnea