U.S. health insurers are targeted for billions in cuts in must-pass legislation that lawmakers will begin debating this week, though other health companies may see benefits.

Payments to health insurers such as Aetna Inc and Humana Inc, which contract with the government Medicare program, would be trimmed under competing plans offered by the top Democrat and Republican on the Senate Finance Committee.

A bill sponsored by Montana Sen. Max Baucus, Democratic head of the committee, would cut payments to private plans most, by at least $12 billion. A procedural vote on Thursday will determine its fate.

Lawmakers face a ticking clock to pass a legislative fix by June 30, or doctors who treat Medicare patients will face a nearly 11 percent pay cut—seen as a highly unlikely outcome in an election year.

"Every Medicare beneficiary in the country…will pay $2 extra per month to subsidize these extra payment rates," Baucus said on the Senate floor on Wednesday.

Scores of other health companies would also be impacted by whatever bill emerges, ranging from dialysis companies like DaVita Inc to oxygen providers like Apria Healthcare.

Medicare is the federally run insurance plan for 44 million elderly and disabled. It is the top buyer of U.S. health-care goods and services, spending nearly $400 billion a year.

Both proposals include reducing payments for so-called indirect medical education, payments plans get for treatments at teaching hospitals, which tend to accept sicker patients.

They also both cut more than $1 billion in a fund set aside for Medicare Advantage payments.

"However Congress slices and dices, it is ultimately the senior that will feel it," spokesman Mike Tuffin said.

"Eighty percent of people in Medicare are going to be better off if you ratchet back some of these payments," Certner said. "Overpaying Medicare Advantage plans is hastening bankruptcy for Medicare."

Clinical labs like Laboratory Corp of America Holdings and Quest Diagnostics Inc will benefit under both versions, which repeal a competitive bidding program opposed by industry. 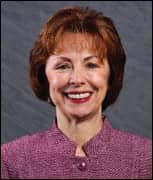 Ratting on the Competition