More than 168,000 unfilled positions in hospitals raise major implications for America’s health care system. The growing shortage of health professionals available in the workforce across all disciplines has spurred various state and national plans that reflect the need for involvement on many fronts to close the widening gap between health care workforce supply and demand. As in other fields, facilities seeking polysomnographic technologists feel the same dearth. As public awareness of sleep disorders increases, the demand for sleep diagnostic testing remains a market driver. Officials in the sleep arena are not taking the scarcity of trained professionals lightly, and the same strategies outlined by organizations and used by other professions are being applied to recruit and retain polysomnographic technologists.

Solutions offered by a 2002 American Hospital Association (AHA) commission report pledge long-term resolutions across the board for health professions. The report outlines specific recommendations for recruitment and retention of nurses, pharmacists, and allied health professionals. The report, “In Our Hands: How Hospital Leaders Can Build a Thriving Workforce,” states that stalwart leadership is needed in five key areas to deal with the problem. These five areas include fostering meaningful work, improving workplace partnerships, broadening the base of health care workers, collaborating with others, and building societal support.

According to Kathy Megivern, JD, CAE, executive director of the Commission on Accreditation of Allied Health Education Programs (CAAHEP), the future of recruitment for the polysomnographic technology workforce is promising.

“With the growth of accredited programs, recruitment into the field of polysomnographic technology looks encouraging. The formulation of the profession’s curriculum and the opening of new educational programs provide the opportunity to increase awareness and educate potential recruits about the profession, and attract them to it,” Megivern says. “The fact that the profession is thought to be new and different is also a draw.”

These points are coupled with the fact that polysomnographic technologists performing diagnostic evaluations for the multitude of sleep disorders most often are contented to be involved in a positive atmosphere regarding patient outcomes. This lends credence to the theory that most polysomnographic professionals are happy with the positive nature of their work because they see the lives of patients improve after physicians prescribe treatment.

In contrast, some other disciplines see little patient improvement, rather a steady stream of patients who are in pain, suffering, and dying. Terri Bream, RRT, RPFT, RPSGT, Martha Jefferson Hospital, Charlottesville, Va, has felt the rewards of performing polysomnography and seeing positive patient outcomes since she entered the field in 1992. “I believe this is a major part of the reason I entered sleep medicine. I was burned out as a respiratory therapist because I would see patients on ventilators for a long time who would end up dying. In the field of sleep, you get immediate results and positive feedback from patients. It’s a very rewarding job; seeing 21 channels of physiological data in front of you and being able to help patients is remarkable. It’s the only discipline I’ve been involved in where a patient actually hugged me before they left. You feel so good.”

Demographics, Salary, and Education
The APT Salary, Demographics, and Educational Needs Survey is a tool used by health care facilities worldwide and measures many of the same key areas as outlined in the AHA’s “In Our Hands” report.

The APT began planning for an updated survey study in 2002. The study was concluded in 2003. Similar studies were conducted in 1992, 1996, and 1999, but the 2003 report lists additional trending statistical data. The APT conducted this study to identify polysomnographic practice environments, technologists’ characteristics, typical compensation and benefits, and the educational background and needs of technologists. This report summarizes steps taken to distribute surveys and analyze responses. The survey results are intended to guide APT leaders as they plan future programs and guide those who determine technologists’ salaries and benefits.

Demographics
In 2002, 4,578 surveys were mailed out to technologists, centers, and laboratories. For the purpose of this report and to be consistent with the survey, the term “center” is used to represent both centers and laboratories.

Most respondents were women (59%) and APT members (78%). Typical respondents held the RPSGT (73%) or RCP, CRT, or RRT credentials (50%), and approximately one third (34.2%) held both the RPSGT and a respiratory care credential. Respondents most frequently reported the highest educational level they had achieved was an associate (38%) or a baccalaureate degree (22%).

Salary
The reported average salary for all respondents increased by 14% compared with 1999 to $1,719 for a 2-week period. Mean 2-week compensation also increased from 1999 levels for respondents with the following job functions:

Those who reported they were eligible for paid days off indicated they typically earned 8-9 sick days, 7-8 paid holidays, 13-14 paid vacation days, or 14-15 days of paid time off. There was a negative trend in paid days off compared to 1999, but 2002 levels were similar to 1996 levels.

Education
Regarding educational needs, respondents believed they would benefit most from additional education/instruction related to the following tasks: utilizing sleep resources; marketing the sleep program and engaging in strategic planning; developing competencies for staff, policies, and procedures; creating sleep awareness, working with news media, and advocating for sleep; and engaging in public education.

Schemes for deriving a 2-week salary commensurate with study results are offered in the full report. A simple method is offered for generating an initial salary figure an employer could then choose to refine based on regional variation and credentials beyond the RPSGT. The full 2003 APT Salary, Demographics, and Educational Needs Survey report is available through www.aptweb.org.

Theresa Shumard is a board member of the Association of Polysomnographic Technologists (APT); editor-in-chief of APT’s magazine, The A2Zzz; APT Legislative Action Committee co-chair; international lecturer; coordinating team member of the Allied Health Professions Network; 2003 Coalition of Allied Health Leadership nominee; and a medical journalist. She may be reached at [email protected].

The Pursuit of Perfection 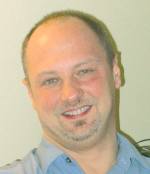 Big Brother in the Workplace