Cornell University President Elizabeth Garrett discusses the issue of sleep deprivation on campus and what she wants to do to combat the problem, according to The Huffington Post.

Psychologists see a correlation between rising mental health problems and poor sleep habits. Research from UCLA shows college freshmen are arriving on campus more depressed and less social than in the past. Students who feel depressed, according to UCLA’s latest annual survey of college freshmen, are more likely to come late to class and fall asleep during it, and less likely to engage with classmates.

Elizabeth Garrett, who is in her first year as president, wants to double down on efforts to combat these problems on campus.

Last year, Cornell, as part of a campaign about “student resilience,” released cards offering advice about how to thrive on campus. Among the tips, avoid electronic devices for at least an hour a day, get eight or nine hours of sleep a night, and be aware of “both positive and negative thoughts.”

One of the first things Garrett says she tells students when they arrive on campus is “spend some of your time unplugged.” 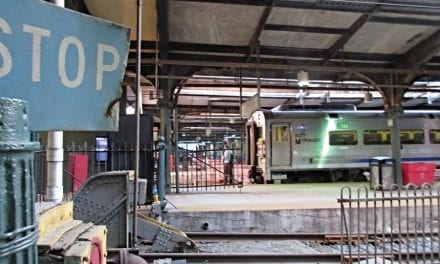 Where Are Answers in Hoboken Train Crash?

Blame “Food Coma” on the Brain