A report from The National says eating and drinking too much sugar can play a significant role in causing sleep disorders in children.

Eating and drinking too much sugar plays a huge part in causing sleep disorders for children as young as 3.

Parents are often unaware of signs, but about three out of 10 children in the region suffer from sleep-related disorders, among them sleep apnoea, where breathing repeatedly stops during sleep, robbing the brain of oxygen.

Dr Karina Patel, a consultant in dental sleep medicine at London Sleep Centre in Dubai, said that there had been more than 20 children seeking help for sleep disorders since the centre opened six months ago.

“Children are having a lot more sugar now because it’s readily available,” Dr Patel said. A child doesn’t have to be obese to have a sleep disorder.

“If there is sugar in their diet in any form, this will cause inflammation and the first point of inflammation is in the nose. This makes breathing very difficult.”

Obstructive sleep apnoea is the most common form of the disorder and causes the throat or upper airway to collapse, preventing oxygen from getting to the lungs, resulting in shallow breathing or breathing pauses.

It can happen at any age but is most common in children aged between 3 and 7.

Read the full story at www.thenational.ae 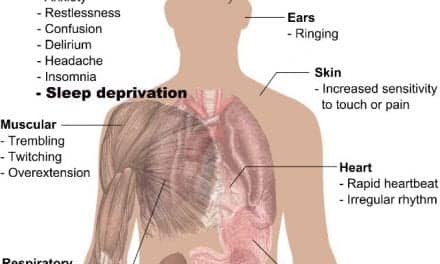 Caffeine: The Silent Killer of Success

How To Get Your Pre-Pandemic Sleep Schedule Back

Why Chronic Insomnia and Other Sleep Problems Get Ignored