This Hotel Wants to Cure Insomnia

A hotel in Washington DC is taking a holistic approach to cure guests’ insomnia. The Ritz-Carlton, Tysons Corner partnered with San Francisco-based Longeva to create a sleep wellness program that encompasses everything from a sleep-inducing room service menu to a take-home snooze kit.

Robert Michael deStefano, managing director and director of wellness programming at Longeva, knows about insomnia all too well. Before starting Longeva in 2016 with Hasti Nazem, deStefano ran an advertising agency, and the constant stress led to restless nights and fatigued days. The lack of sleep gave him hypertension and other health issues. His doctor warned that if he kept up this lifestyle, it could lead to an early death. That was the wake-up call that deStefano needed. He gave up his agency and began studying sleep science and yoga.

The Ritz-Carlton, Tysons Corner was the first hotel to launch Longeva’s Sleep Ritual program in September (with The Ritz-Carlton Bacara, Santa Barbara following shortly thereafter). The goal is to transform your room into a sleep sanctuary. “We have to create the right conditions for sleep, or it won’t work,” deStefano said.

A special room service menu curates selections that help you catch z’s. A rich bone broth with a cinnamon stick and cloves improves sleep quality and efficiency while also reducing daytime fatigue (it contains magnesium, a muscle relaxer). The tuna poke bowl comes with edamame, cucumber, baby kale, a sprinkling of sesame seeds and a bed of brown rice, whose melatonin relaxes the nerves and increases the sleep cycle. But getting restful sleep doesn’t mean you have to skip dessert: the coconut chia seed pudding has a low glycemic index to promote better rest.

A Search for Insomnia Genes Involving 1.3 Million People is Largest Genetic Study Ever 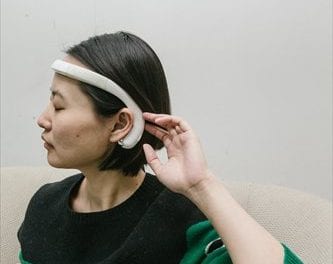 Are These New Therapeutic Devices a Medical Miracle or the Emperor’s New Cloak?