A new study shows that melatonin impairs insulin secretion in people with a common gene variant, which may explain a higher risk for type 2 diabetes in certain individuals, according to News Medical.

A new experimental and clinical study from Lund University in Sweden shows that the sleep hormone melatonin impairs insulin secretion in people with a common gene variant. “This could explain why the risk of type 2 diabetes is greater among, for instance, overnight workers or people with sleeping disorders”, says Professor Hindrik Mulder who is responsible for the study.

Melatonin is a naturally occurring hormone that helps maintain our circadian rhythm. The amount of melatonin varies throughout the course of the day, and is affected by light. When it’s dark, the level of melatonin increases, peaking at night. It is often referred to as “the hormone of darkness”, and used as a sleeping drug or to prevent jet lag, among other things.

“A third of all people carry this specific gene variant. Our results show that the effect of melatonin is stronger in them. We believe that this explains their increased risk of developing type 2 diabetes”, says Hindrik Mulder.

The findings, which are published in the scientific journal Cell Metabolism, are the result of many years of work. Already in 2009, the researchers behind this new study were able to present an extensive gene mapping study that showed that the gene variant of the melatonin receptor 1B, which is common in the population, increases the risk of type 2 diabetes. The gene variant causes the level of the melatonin receptor on the insulin cell surface to increase, which makes the cells become more sensitive to melatonin and impairs their ability to secrete insulin.

Get the full story at www.news-medical.net 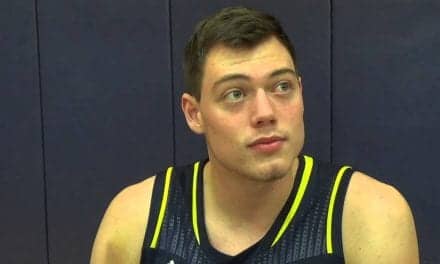