Napping on Job Could be Good Idea for Sleep-deprived Nation

An international team of neurologists recently published a study showing how sleep deprivation can disrupt brain cells’ ability to interact and communicate, reports the Washington Post.

A night of lost sleep can result in temporary mental lapses that impair memory and distort visual perceptions, according to the study published in early November in the journal Nature Medicine.

Itzhak Fried, the senior author of the study and a professor of neurosurgery at the David Geffen School of Medicine at UCLA and Tel Aviv University, said in a statement that his team discovered that “starving the body of sleep also robs neurons of the ability to function properly.”

In a recent study, University of Pennsylvania researchers found that moderate napping in the afternoon coincided with improvements in people’s thinking and memory prowess and may have helped the brain perform as if it were five years younger. The study, published by the Journal of the American Geriatrics Society, focused on 3,000 older people in China and examined whether those more inclined to take brief naps performed better on mental ability tests. 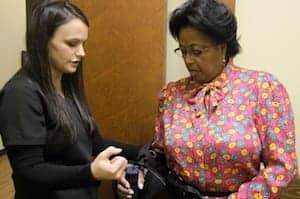 With Medical Debts Rising, Doctors Are More Aggressive About Payments

Why Sleep-Centric Marketing Is on the Rise