El Chapo on Prison Life: ‘They Are Turning Me Into a Zombie’

The lawyer for Joaquin “El Chapo” Guzman, the Mexican drug cartel leader, says the inmate is being subject to physical and mental torture due to sleep deprivation, as reported by CNN.

Now that he’s back in a maximum-security prison, notorious Sinaloa cartel boss Joaquin “El Chapo” Guzman isn’t happy about life behind bars, according to his attorney.

In an interview with Mexico’s Radio Formula on Tuesday, Guzman’s lawyer said the drug kingpin feels that he is a victim of “physical and mental torture” because guards wake him up so often.

“He told me, literally, ‘Every two hours, at night, they wake me up to take roll. … They are turning me into a zombie. They do not let me sleep. All I want is just for them to let me sleep,’ ” attorney Juan Pablo Badillo said.

Read the full story at www.cnn.com

Insomnia May Raise Risk of Kidney Disease and Death

Co-Sleeping Into the Teens: When Children Don’t Want to Sleep Alone 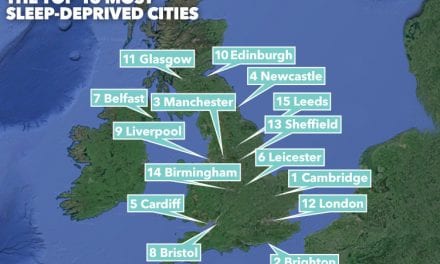