How An Earthquake Will Mess Up Your Sleep: A Jawbone Chart

Northern California’s worst earthquake in 25 years led to hundreds of injuries, plenty of property damage, and … more than a million hours of lost sleep?

That’s what a fascinating new Jawbone graphic suggests. Sunday morning’s 6.0 magnitude earthquake had a measurable effect on Northern California residents’ sleep — but there was a noticeable difference between people who live in Napa, near the epicenter of the earthquake, and people who live in Santa Cruz about 100 miles away.

Jawbone data scientists drew the data for their visualization from Jawbone’s UP fitness tracker, a wristband that measures movement and sleep; according to Jawbone data scientists Eugene Mandel and Brian Wilt, they charted data compiled from thousands of users affected by the California earthquake, so their findings are “statistically significant.”

Get the full story at forbes.com. 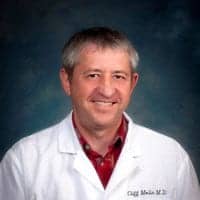 Is Your Partner at Risk for Sleep Apnea? There’s an App for That! (Interview)