When Sharing Is Not Ok

Being involved with the sleep community, I enjoy discussing what I know about the subject of sleep when it comes up among my peers. My latest sleep-related conversation was with a friend who recently became a father. He mentioned that his wife sleeps while she breastfeeds their child. This brought up the discussion of parent/infant co-sleeping, which the National Institute of Child Health and Human Development (NICHD) has issued recommendations against because of the increased risk of sudden infant death syndrome (SIDS) involved with this practice.

While the NICHD has issued recommendations for reducing the risk of SIDS, those practices have yet to be fully accepted among medical professionals and parents, including the one on bed-sharing. New research, though, provides support that parent/infant co-sleeping is not safe.

The research, conducted by Hannah Kinney, MD, and David Paterson, PhD, finds that defects in the serotonin system may have a connection to SIDS. These defects impair the reflexes of babies causing them to fail to reposition themselves when they are rebreathing exhaled carbon dioxide. The failure to reposition causes asphyxiation. “This finding lends credence to the view that SIDS risk may greatly increase when an underlying predisposition combines with an environmental risk,”  said Duane Alexander, MD, director of the NICHD. One of those environmental risks is parent/infant bed-sharing.

The NICHD instruction regarding bed-sharing is clear: keep your baby’s sleep area close to, but separate from, where you and others sleep. Even so, supporters of co-sleeping suggest otherwise. A September 18, 2006, Los Angeles Times article quotes an American Academy of Pediatrics letter, stating “Bed-sharing under safe conditions may prove to be an important factor in the success of breast-feeding.” The article also states, “Other studies have suggested that bed-sharing results in more maternal touching and attention, and some parents believe this perhaps leads to greater self-esteem and discipline in adulthood.”

Though the arguments for bed-sharing may sound reasonable, they are not worth placing a child at greater risk for SIDS—at least until a diagnostic test is developed to  screen at-risk SIDS infants, which the researchers hope to develop soon. “Our goal is to find a way—a diagnostic test—to identify these defects in living infants and then find a way to correct these defects by drugs or other means as the infant passes through the first 6 months of life, the period of greatest risk for SIDS,” Kinney said.

Perhaps co-sleeping will be encouraged once a diagnostic test is available, but for now, the pendulum has swung on the side of discouraging this practice. With SIDS being the leading cause of death in infants between 1 month and 1 year of age, taking the precaution of placing a child in a separate sleep area is both logical and necessary. Sleep Review readers agree; in our Web poll, 80% said placing an infant in a crib is the practice they would recommend. Surely, in the case of my above-mentioned friend, utilizing a separate sleep surface for the child is the best and safest alternative. 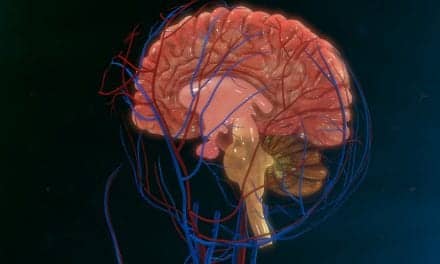