New research shows that people with narcolepsy have nearly 65% more brain cells containing the chemical histamine. Their research suggests this excess of histamine cells may cause the loss of hypocretin cells in human narcoleptics.

Sleep Review: What was the clinical significance of your recent research?

Jerry Siegel, PhD, professor of psychiatry, University of California Los Angeles: My paper, “Human hypocretin and melanin-concentrating hormone levels are linked to emotion and social interaction” (published in Nature Communications in 2013) is the first study on hypocretin release in humans. It shows that the peptide is not simply released during alerting, but that it is only released for positive emotions. During pain, even though the subjects were very aroused, little or no hypocretin was released.

We previously found that human narcolepsy was caused by the death of cells containing the peptide hypocretin (also called orexin). In “Greatly increased numbers of histamine cells in human narcolepsy with cataplexy” (published in Annals of Neurology in 2013), we now discovered that human narcoleptics have a greatly increased number of a different kind of brain cell, i.e., brain cells that contain histamine. We did not see this change in any animal models in which genetic engineering was used to kill the hypocretin cells. So it does not appear that this is a compensatory response. We conclude that this may be related to the cause of human narcolepsy. An abnormally high level of histamine release may kill the hypocretin cells.

SR: Why is your research groundbreaking?
JS: It identifies the normal function of hypocretin in humans, for the first time. In addition, it may have identified the immediate cause of the death of hypocretin cells that is responsible for human narcolepsy.

SR: Did anything about your findings surprise you?
JS: The findings greatly surprised me. The conventional wisdom in neurology is that you’re born with a certain number of cells and as you age you lose them at a low rate, or in the case of some diseases at a high rate. But no one has ever shown an increase in cells, and we see a substantial increase in histamine cells. There is evidence that new cells can be formed in the hippocampus and the olfactory bulb. These cells die and are replaced. We show that in the hypothalamus, a cell type that was not shown to regenerate is actually increasing greatly in numbers. This suggests that it may be possible for cells to change the amount or kind of neurotransmitter neurons produce, which is what we think is happening. We think neurons that were not producing much histamine are now producing a lot of histamine. Since this occurs, it may occur in other systems. Given that cells are generally lost with aging and in certain pathologies, this suggests that it might be possible to generate new neurons that will have the same function as those that were lost.

SR: Thus far, what do you think the biggest breakthrough has been in narcolepsy research?
JS: The discovery that the loss of hypocretin cells was linked to human narcolepsy.

SR: Where do you think narcolepsy research is headed?
JS: Toward a treatment that targets the specific deficiencies of human narcoleptics. We’re also trying to determine the difference between human narcolepsy and the animal models.

SR: What are your future research plans?
JS: We are working on techniques to reverse animal narcolepsy as a prelude to applying them to humans. 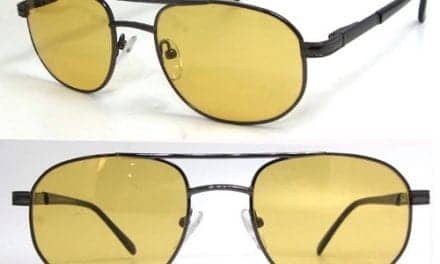