Switch to Daylight Saving Time Leads to “Cyberloafing” at the Office

The annual shift to daylight saving time and its accompanying loss of sleep cause employees to spend more time than normal surfing the Web for content unrelated to their work, resulting in potentially massive productivity losses, according to researchers.

Web searches related to entertainment rise sharply the Monday after the shift to daylight saving time when compared to the preceding and subsequent Mondays, according to D. Lance Ferris, assistant professor of management and organization in Penn State’s Smeal College of Business, and his colleagues David T. Wagner, Singapore Management University; Christopher M. Barnes, Virginia Tech University; and Vivien K.G. Lim, National University of Singapore. They based their findings on an examination of 6 years’ worth of data from Google.

Using existing data that show that people exhibit poorer self-control when they’re tired, the researchers said that the lost sleep due to the time change—an average of 40 minutes that Sunday night—makes employees less likely to self-regulate their behavior and more inclined to spend time cyberloafing, or surfing the Internet for personal pursuits while on the clock.

Ferris and his colleagues also conducted a lab experiment in which they monitored subjects’ sleep the night before they were required to watch a boring lecture online. The less sleep the subjects received the night before, the more time they spent surfing the Web when they were supposed to be watching the lecture.

Interruptions in sleep had the same effect. In fact, the subjects on average engaged in 8.4 minutes more of cyberloafing (or 20% of the assigned task time) for every hour of interrupted sleep the night before. 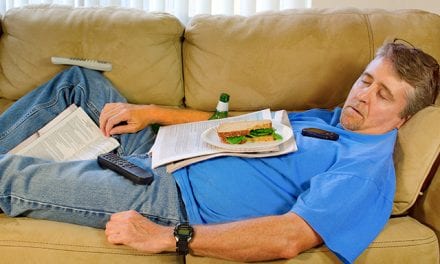 How to Better Estimate Bedtime in Actigraphic Records