Shift work, like chronic jet lag, is known to disrupt the body’s circadian rhythms, and it has been linked to a range of health problems, such as ulcers, cardiovascular disease, metabolic syndrome, and some cancers. But little is known about its potential impact on brain function, such as memory and processing speed.

So researchers recently tracked the cognitive abilities of more than 3,000 people who either were working in a wide range of sectors, or had retired, at three time points: 1996, 2001, and 2006. Just under half (1,484) of the sample, which was drawn from the patient lists of three occupational health doctors in three different regions in southern France, had worked shifts for at least 50 days of the year.

Participants were aged exactly 32, 42, 52, and 62 at the time of the first set of tests, which aimed to assess long- and short-term memory, processing speed, and overall (global) cognitive abilities. In all, 1,197 people were assessed at all three time points.

Around one in five of those still working (18.5%) and a similar proportion of those who had retired (17.9%) had worked a shift pattern that rotated between mornings, afternoons, and nights.

The first set of analyses looked at whether any abnormal working hours were associated with a decline in cognitive abilities.

The data showed that those who currently, or who had previously, worked shifts had lower scores on memory, processing speed, and overall brain power than those who had only worked normal office hours.

The second set of analyses looked at the impact of working a rotating shift pattern and found that compared with those who had never worked this type of shift, those who had, and had done so for 10 or more years, had lower global cognitive and memory scores—equivalent to 6.5 years of age-related cognitive decline.

This is an observational study so no definitive conclusions can be drawn about cause and effect, but the disruption of the body clock as a result of shift work could generate physiological stressors, which may in turn affect the functioning of the brain, suggest the researchers.

Other research has also linked vitamin D deficiency caused by reduced exposure to daylight, to poorer cognition, they point out.

“The cognitive impairment observed in the present study may have important safety consequences not only for the individuals concerned, but also for society as a whole, given the increasing number of jobs in high hazard situations that are performed at night,” the researchers say in a release. At the very least, the findings suggest that monitoring the health of people who have worked shift patterns for 10 years would be worthwhile, they say.

The research is published in BMJ-British Medical Journal. 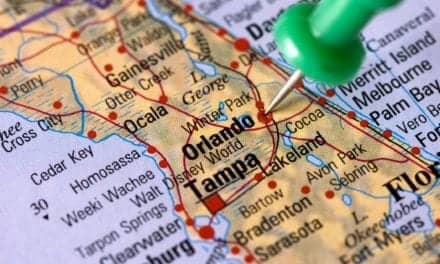 The NBA “Bubble” May Be Equalizing Circadian Advantages in Playoff Games