In search of an early portent of Parkinson’s disease, researchers led by Paul Wilmes, PhD, head of the Eco-Systems Biology Group at the Luxembourg Centre for Systems Biomedicine (LCSB) of the University of Luxembourg, may now have found one in the gut. They have shown that the bacterial community in the gut of Parkinson’s patients differs from that of healthy people even at a very early stage of the disease. The researchers present their results in the scientific journal Movement Disorders.

Experts have long been discussing the notion that Parkinson’s disease originates far outside the brain. According to the “dual hit” hypothesis, a hitherto unknown pathogen intrudes into the body through two ports of entry: the nose or the gastrointestinal tract. Once there, it sets a pathological process in motion, above all the misfolding of the protein alpha-synuclein. This is a protein whose exact function remains unknown. Among other things, it is presumed to be involved in the excretion of messengers such as dopamine. The misfolding of this protein could propagate through the nerve pathways, where—decades later—it produces the typical clumping in the dopaminergic cells, known as Lewy bodies, that are characteristic of Parkinson’s. Ultimately, nerve cells start to die off and the typical symptoms of Parkinson’s disease appear.

The researchers led by Wilmes, together with physicians Brit Mollenhauer, MD, and Wolfgang Oertel, MD, PhD, and their teams in Göttingen, Kassel, and Marburg, explored the question of whether the early events in the course of the disease also change the bacterial community, the microbiome, at the two possible ports of entry. They took samples from the nose and gut of 76 Parkinson’s patients and 78 healthy control people who are taking part in a long-term study. They also examined the microbiome of 21 subjects diagnosed with idiopathic rapid-eye-movement sleep behavior disorder (also known as REM sleep behavior disorder and as iRBD). People with this sleep disorder have a greatly elevated risk of developing Parkinson’s disease later in life.

It turned out that the bacterial community of the gut differed considerably between all 3 groups. “Parkinson’s patients could be differentiated from healthy controls by their respective gut bacteria,” says the first author Anna Heintz-Buschart, doctor of science, from the Eco-Systems Biology Group, in a release.

And the majority of the differential bacteria showed similar trends in the iRBD group. For example, certain germs were more prevalent in one group while the count was lower in others. In the samples from the subjects’ nasal cavities, however, the researchers found no such differences. The study also revealed that certain gut microbes are associated with non-motor Parkinson’s symptoms, for example depression.

“We hope that, by comparing the groups, we will learn to better understand the role of the microbiome in the process of the disease and to find out what changes occur and when,” Paul Wilmes says. “This might deliver new starting points for early treatment of the disease. It would also be essential knowledge for one day being able to use the absence or presence of certain bacteria as a biomarker for early detection of the disease.”

Apart from the LCSB researchers, scientists from the Paracelsus-Elena-Klinik in Kassel, the Department of Neurology of Philipps Universität in Marburg, and the Departments of Neurology and Neuropathology of the University Medical Center Göttingen were involved in the study. The work was supported by the Luxembourg Rotary Club under its “Espoir en tête” programme, by the Luxembourg National Research Fund and the German Research Foundation. 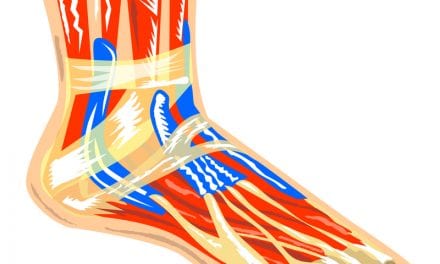