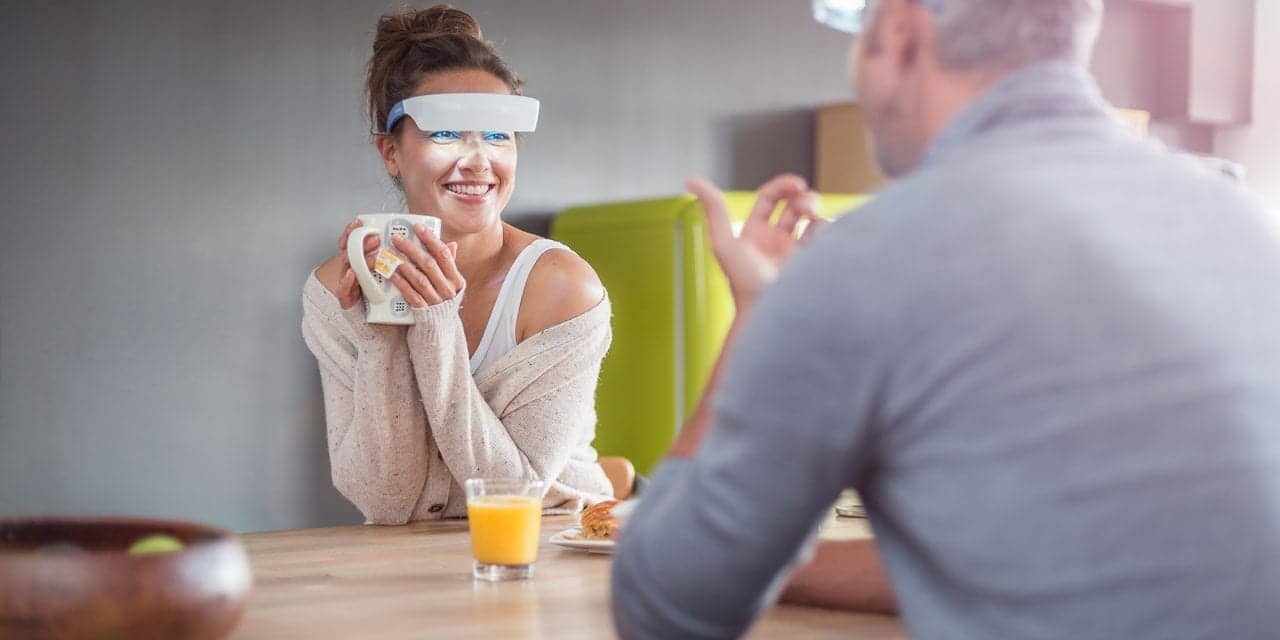 There are a growing number of wearables for patients with circadian rhythm sleep disorders who are willing to try light therapy but don’t want to be beholden to a stationary light source.

A prescription for light therapy was once a prescription for sitting still in front of a lightbox for half an hour or longer. Now, a handful of companies are offering solutions that might appeal to the more active patient: light-emitting glasses.

Light therapy wearables vary in design but share a few key similarities. Blue or blue-enriched white light shines from a fixed point near (above or below) the wearer’s eyes. The glasses are meant to be worn during a person’s morning routine, usually for no longer than an hour. All avoid UV light; some have adjustable levels of intensity; and some sync to Fitbits or proprietary fitness tracking apps.

The Re-Timer glasses sync to the Fitbit activity tracker so the user can monitor their sleep habits.

As a more palatable option for people with limited time in the morning, wearable light could help improve compliance, says Eric Delloye, general manager of Lucimed, the company that produces Luminette glasses. “If you do it every day, it will be much more effective than if you do it every two days, for example,” he says. “So that’s very important to have a device that’s convenient and easy to do.”

Søren Søgaard Jensen, CEO of Seqinetic, which is currently developing its brand of light therapy glasses, says, “When was the last time you sat having a coffee in the morning for half an hour on a weekday? For me, it never happens! With the wearable light, you are mobile and can move around.”

Seqinetic began in 2011 with a Kickstarter campaign. The company is currently working on the product’s second generation.

Both Luminette and Seqinetic are oriented toward the treatment of seasonal depression. But others have been designed and marketed specifically for treating sleep issues. “Approximately 80% of our customer base purchases it for sleep,” says Re-Timer CEO Ben Olsen. That encompasses delayed sleep phase syndrome, advanced sleep phase disorder, shift work sleep disorder, and jet lag—“anytime that somebody’s wanting to shift their sleep cycle forwards or backwards.”

Manufacturer Ayo, which makes wearable light therapy controlled by the user’s smartphone, estimates that 40% of its customers buy Ayo glasses with the goal of improving sleep patterns. “[W]e have seen from our users that many of them prefer Ayo versus medications or anything else, due to the fact that Ayo is a completely natural way to help the body maintain a healthy body rhythm and daily energy levels,” say company spokespeople.

A big check in the “pro” column of light therapy over medication is its perceived lack of side effects. Although a 2002 Cochrane review of light therapy in people over 60 found no randomized controlled studies that met inclusion criteria, the review authors were quick to encourage further study. “When the possible side-effects of standard treatment (hypnotics) are considered, there is a reasonable argument to be made for clinical use of non-pharmacological treatments. In view of the promising results of bright light therapy in other populations with problems of sleep timing, further research into their effectiveness with older adults would seem justifiable.”1

One potential concern is the effect of close-up blue light, which has been associated with macular degeneration. But the manufacturers assure the safety of their products when used as directed.

Ayo light-emitting glasses are paired with a special app.

Mariana Figueiro, PhD, program director of the Lighting Research Center at the Rensselaer Polytechnic Institute, sees an application for focused, personalized light therapy; she is currently testing red light-emitting glasses for night shift nurses and light masks for teenagers. Wearable bright light therapy has potential, she says. “It’s a nice way to give that entraining stimulus while you’re on the go, getting ready to go, and so on.” She notes that glasses probably wouldn’t work in patients with dementia, who are less likely to be compliant.

Figueiro went on to add that healthy light exposure is about more than a dose of morning light. “There is something about a brighter room during the day that helps you stay awake and more alert. It’s a different mechanism than entrainment. For entrainment, you really just need a morning light. More specifically, a half hour in the morning. But I don’t recommend staying in a dim room after that.”

James Fadden, vice president of the Circadian Sleep Disorders Network, greets the proliferation of this new technology with cautious optimism. “There is some interest among the circadian community, but it’s tempered by not knowing if it will work and not wanting to put out the money if it doesn’t,” he says.

People with severe circadian rhythm disorders can be disillusioned by inadequate medical help and products that haven’t worked in the past. “They’ve had this bad advice and they’re really skeptical of any treatment,” he says.

Fadden himself uses lightboxes throughout his house so that he can move around while getting his daily therapy. He would consider trying glasses instead, he says, if he felt some assurance that the money would be well-spent.

The glasses range from $69 (for the Feel Bright Light Jazz visor) to $299 (for the Re-timer). Insurance is unlikely to reimburse users for this expense, several sources say, although some do reimburse light therapy for the treatment of seasonal depression. Some products offer discount trial periods or money-back guarantees so users can try them out without as large of a financial commitment.

In any case, Fadden is glad that more companies are putting effort into designing treatments for circadian rhythm sleep disorders, which he says have long been overlooked. “The more options we have, the better.” 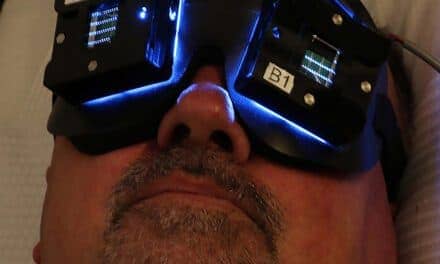 Driving Home from Night Shift May Be Safer with Light Therapy