NOCDURNA Sublingual Tablets Now Available in US for Treatment of Nocturia

Ferring Pharmaceuticals Inc has launched NOCDURNA (desmopressin acetate), the first and only sublingual tablet approved in the United States for the treatment of nocturia due to nocturnal polyuria in adults who awaken at least two times per night to void.

Now available by prescription, NOCDURNA targets the kidneys. The sublingual tablet formulation and sex-specific dosing has been shown to reduce night-time urination by nearly half in adults 18 years and older.

“The effects of nocturia are often discounted; however, many people don’t realize the impact that two or more nocturia episodes a night can have by disrupting sleep and causing people to wake up frequently,” says Jeffrey P. Weiss, MD, FACS, professor and Chairman of Urology, State University of New York (SUNY) Downstate Medical Center, in a release. “The availability of NOCDURNA provides US healthcare providers with an effective treatment option to address the underlying cause of nocturnal polyuria and help their patients reduce the number of times they get up each night to urinate.”

NOCDURNA received approval from the US Food and Drug Administration on June 21, 2018 based on three double-blind placebo-controlled, multi-center, randomized trials and one open-label extension trial of up to three years in patients 18 years and older. Clinical trials demonstrated a reduction of 1.5 nocturnal voids in women (n=118) and 1.3 nocturnal voids in men (n=102) relative to a mean baseline of 2.9 and 3.0 for men and women respectively. Also, 78% of women and 67% of men achieved a 33% reduction in mean number of nocturnal voids over a three-month period compared to baseline. NOCDURNA was approved with a boxed warning because it can cause hyponatremia.

Women are prescribed 27.7 mcg daily, while the dose for men is 55.3 mcg daily, administered sublingually without water one hour before bedtime.

“At Ferring, we are expanding our portfolio with novel treatments for diseases that impose significant burdens on patients,” says Paul Navarre, CEO, Ferring Pharmaceuticals (US). “We are delighted to make NOCDURNA available to US healthcare providers and their patients today.”

NOCDURNA can cause hyponatremia. Severe hyponatremia can be life-threatening, leading to seizures, coma, respiratory arrest, or death. NOCDURNA is contraindicated in patients at increased risk of severe hyponatremia, such as patients with excessive fluid intake, illnesses that can cause fluid or electrolyte imbalances, and in those using loop diuretics or systemic or inhaled glucocorticoids. Ensure the serum sodium concentration is normal before starting or resuming NOCDURNA. Measure serum sodium within seven days and approximately one month after initiating therapy, and periodically during treatment. Monitor serum sodium levels more frequently in patients 65 years of age and older and in patients at increased risk of hyponatremia. If hyponatremia occurs, NOCDURNA may need to be temporarily or permanently discontinued. 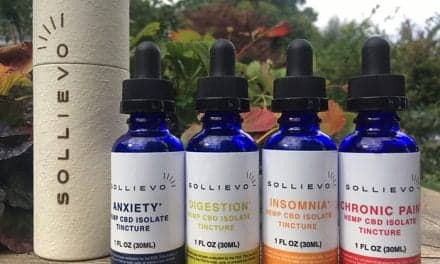