How Benzos Act on Receptors in the Brain 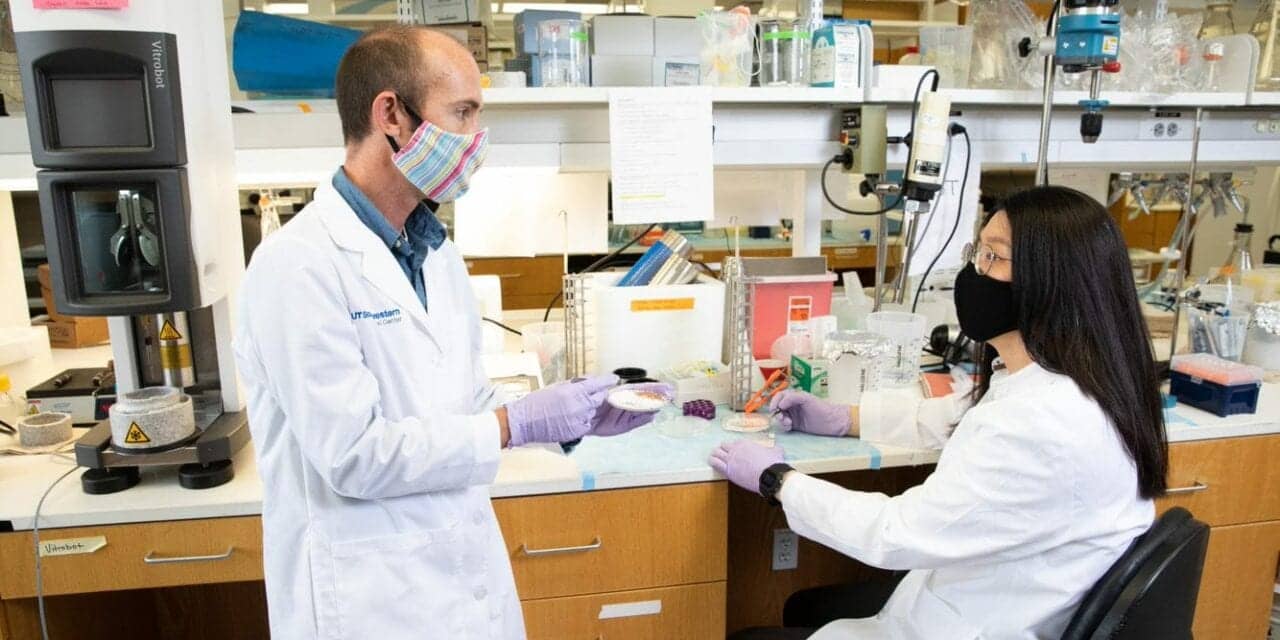 As you drift into unconsciousness before a surgery, general anesthetic drugs flowing through your blood are putting you to sleep by binding mainly to a protein in the brain called the ɣ-aminobutyric acid type A (GABAA) receptor. Now UT Southwestern scientists have shown exactly how anesthetics attach to the GABAA receptor and alter its three-dimensional structure, and how the brain can tell the difference between anesthetics and the psychoactive drugs known as benzodiazepines—which also bind to the GABAA receptor. The findings were published online in the journal Nature.

“Anesthetics remain one of the most clinically important, yet mysterious, classes of drugs,” says study leader Ryan Hibbs, PhD, an associate professor of neuroscience and biophysics at UTSW and senior author of the new paper, in a release. “We went into this study driven by curiosity about how general anesthesia works—and now we’re one big step closer to answering that question.”

General anesthetics, which can be inhaled or administered intravenously, put people into a sleep-like, immobilized state. Although intravenous anesthetics have been used since the 1930s, it wasn’t until around the turn of the 21st century that researchers discovered that the drugs act on the GABAA receptor in the brain.

The GABAA receptor is an ion channel; when it’s in an open conformation, it allows chloride ions to flow through. This movement of ions decreases the signaling of brain cells, calming brain activity. So stimulating the GABAA receptor—as anesthetics, benzodiazepines, alcohol, anti-seizure, and some sleep medications all do—quiets the brain in a variety of ways.

In 2018, Hibbs’ lab group detailed the first ever atomic structure of the GABAA receptor. In the new study, Hibbs and his colleagues looked again at the structure of the receptor in an environment more closely mimicking the cell, and this time while it was being bound by one of three different anesthetics—phenobarbital, etomidate, and propofol—as well as the benzodiazepine drug diazepam, or Valium, which is used to treat anxiety disorders, and the drug flumazenil, which can treat benzodiazepine overdoses.

“What we found is that the GABAA receptor is particularly sensitive to its surrounding environment,” says Jeong Joo Kim, PhD, a UTSW postdoctoral research fellow and first author of the study, in a release. “It has the ability to change conformation in different ways based on the binding of many different drugs.”

The team discovered that both general anesthetics and diazepam could bind to multiple places on the GABAA molecule. One site—dubbed the “benzo site” in earlier research—was unique to the diazepam. But another site overlapped between the two drug types. When diazepam was present at high enough doses, it bound to this site that was more often used by the anesthetics. This observation could explain why high doses of benzodiazepines like diazepam can have anesthetic-like effects. The researchers also found differences among the general anesthetics; phenobarbital, for instance, bound to a place on GABAA that neither etomidate nor propofol attached, and seemed to be less choosy about where it bound.

The nuances between how and where each drug binds to the GABAA receptor raise the possibility of engineering new drugs that could be more selective for certain effects on the brain or have fewer side effects.

“The fact that there are differences in the binding sites gives us some hope that we might be able to create more specific molecules that bind to only one site on the GABAA receptor,” says Hibbs, an Effie Marie Cain Scholar in Medical Research. “This is now a launching point for the discovery of improved, more selective anesthetics.”

In addition to the observations on exactly which part of the GABAA receptor the drugs bound to, the researchers also studied how the conformation of the rest of the GABAA molecule was different in response to each drug. The anesthetics, they found, stabilized a version of the GABAA receptor that opened—to allow ions through—much more easily than usual. This leads to the dramatic calming of the brain required for general anesthesia. Diazepam stabilized a receptor structure that was intermediate—the channel opened more easily than normal, but wasn’t as open as with the anesthetics. Such an intermediate structure likely allows some of the benefits of lower dose benzodiazepines to treat anxiety, epilepsy, and insomnia without causing unconsciousness.

Hibbs and his lab plan to conduct similar structural studies for other drugs that are known to bind to GABAA, including Ambien (zolpidem) and a class of neurosteroids used to treat epilepsy.

“This is just a foundation,” he says. “By continuing to study other classes of drugs that interact with this receptor, we can get an even more complete three-dimensional blueprint of the GABAA receptor and its pharmacology.” That insight, he adds, may help shed light on not only how we can tweak the activity of the GABAA receptor for medical gains, but explore the very nature of human consciousness.

This research was supported by funds from the American Heart Institute 20POST35200127 and 18POST34030412, Vetenskapsrådet VR, the Knut and Alice Wallenberg Foundation, The Welch Foundation