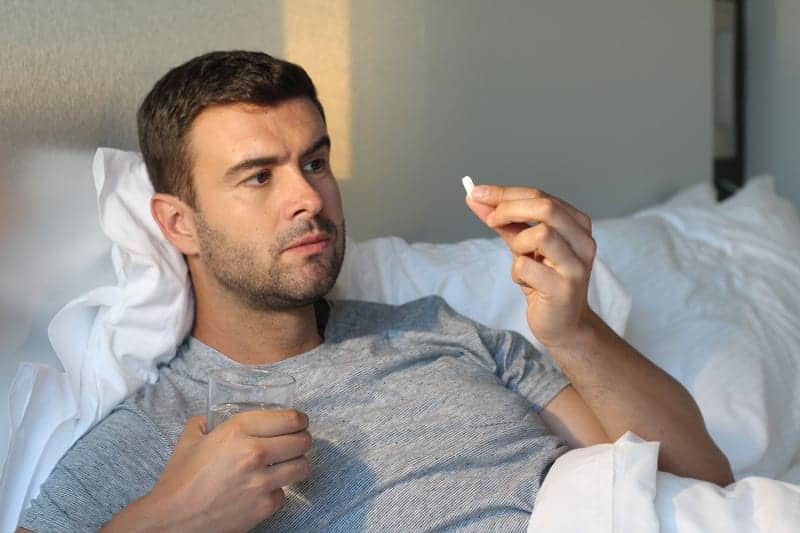 Clinical trials could begin next year for a new class of drugs that have shown promising results in treating sleep-disordered breathing in rodents.

It’s no secret that many sleep apnea patients struggle to use their CPAP machines. What if there was a pharmacological fix, a pill that they could take just before bed that would target the cause of their disordered breathing and keep their airways open throughout the night?

A collaborative project between scientists at the University of Chicago and the IIT Research Institute is working to make this a reality. They are investigating a new class of drugs to treat patients who refuse or fail more traditional sleep apnea therapies. Clinical trials could start as early as the second quarter of next year and could lead to a paradigm shift in how sleep medicine physicians treat their sleep apnea patients, says David McCormick, PhD, president of IIT Research Institute and professor at the Illinois Institute of Technology.

The team of researchers presented their findings on April 23 to the Cambridge biotech community at Science2Startup (S2S), an invitation-only symposium in Boston aimed at strengthening connections between biotech investors and therapeutics researchers at academic research institutions.

The scientific presenters were selected by an advisory group of biotech investors, who received over 175 presentation submissions from 64 institutions across 3 continents. Submissions were narrowed down to 12 presenting groups, which then received hands-on coaching and feedback on their scientific translation and drug development plans during the day-long event, according to a press release.

“The goal of events like S2S is to accelerate the translation of innovative discoveries made by some of the world’s preeminent researchers from basic research to the bedside,” says Bill Harrington, managing partner at Osage University Partners.

McCormick’s research group is still in communication with some of the funding agencies from the symposium. According to McCormick, there is the possibility of future collaboration on the development of pharmacological therapies for sleep apnea, the study of which has already received grant funding from the National Heart, Lung, and Blood Institute of the National Institutes of Health.

According to the group’s research published in the peer-reviewed journal PNAS, the administration of L-propargyl glycine to rodents with disordered breathing can help the animals maintain open airways to prevent obstructive sleep apnea (OSA) and inhibit the chemoreflux loop gain that underlies central sleep apnea.

The compounds were shown to decrease apneas when tested on genetically engineered mice, which reliably recapitulate human sleep apnea. The efficacy was also tested on rats, which demonstrated that the decrease in apneas was not a mouse-specific phenomenon, says McCormick, a coauthor on the study.

“The underlying mechanisms of what is going on in a rodent model and a human model appear to be very similar,” says McCormick. “This is the only therapeutic strategy that we are aware of that’s under development that targets both obstructive and central sleep apnea.”

The compounds work to suppress disordered breathing by targeting an enzyme called cystathionine gamma-lyase, also known as CSE. This enzyme is present in certain tissues including the carotid body, a cluster of cells near the fork of the carotid artery, which runs along both sides of the throat.

Emerging research now suggests that a certain percentage of OSA can be due to a decrease in the neurons that control tongue movement, which causes the tongue to become placid, blocking the airways. This process can be interrupted by inhibiting the CSE enzyme, says Nanduri R. Prabhakar, PhD, director of the Institute for Integrative Physiology and the Center for Systems Biology at The University of Chicago.

“For a long time people thought that OSA is primarily an anatomical problem that concerned the upper airways. But now emerging evidence suggests that not only are there anatomical disturbances but also the chemoreflux coming from the carotid body, which controls the respiratory movement,” Prabhakar says.

At least one third of patients with OSA are estimated to have this particular underlying cause. Currently, there are a number of compounds under investigation for sleep apnea, but most are not designed to treat the underlying disease. Other medications might only target sleep apnea symptoms, such as daytime sleepiness or high blood pressure.

This new class of drugs takes aim at the cellular roots of the disorder, according to the researchers. “This is attacking what we believe is the underlying biochemical mechanism,” says McCormick. “What we believe is that by targeting the sleep apneas, many of the very important comorbidities are likely to be improved.” 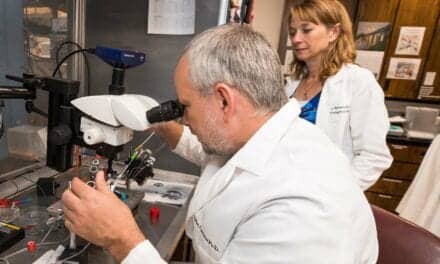