Seventy-two percent of Americans have never heard about nocturia, according to a new national online survey of 2,040 US adults conducted by The Harris Poll, and endorsed by Caregiver Action Network, National Association for Continence, Prostate Conditions Education Council, and The Simon Foundation for Continence. The Harris Poll received funding from Avadel Pharmaceuticals and Serenity Pharmaceuticals.

Nocturia forces individuals to get up more than once per night to urinate. Nocturia has many contributing causes, but in most cases, it is caused by the kidneys producing too much urine at night, known as nocturnal polyuria. The poll shows that while nocturia may affect more than a third of U.S. adults, 64% of Americans have no idea it is a diagnosable, treatable medical condition.

66% of people with nocturia surveyed have never talked to their doctor or healthcare professional about it. Half of those patients reported they thought it was a normal part of aging; 27% said they believed that nothing could be done about it.

“We see patients who have suffered with nocturia for many years, as it slowly progresses from getting up twice to over four times per night to urinate,” says Benjamin M. Brucker, MD, a specialist in urology and female pelvic medicine at NYU Langone Health, in a release. “Nocturia can have serious implications for an individual’s emotional state and daily life, due to sleep disruption, if not diagnosed and treated. Up until recently, we didn’t have an approved treatment specifically for nocturia.”

Awakening multiple times during the night is not only bothersome but can lead to serious and even dangerous medical consequences. People with nocturia say they can’t get back to sleep (43%), they wake up their partner (12%), and they are nervous about tripping or falling when walking to the bathroom (10%).

“Night time is high-risk for falls because of the disorientation a person feels when awakening and then rising in the night,” says Laurence Rubenstein, MD, former chairman of the Donald W. Reynolds Department of Geriatric Medicine at the University of Oklahoma College of Medicine, and former co-director of the Fall Prevention Center of Excellence.

61% of people with nocturia experience daytime symptoms, including drowsiness or tiredness (42%), irritability (21%), issues with their ability to get things done (17%), and trouble concentrating (15%).

“Before receiving treatment for nocturia, I typically wound up making five trips to the bathroom each night, which I knew wasn’t normal,” says Jack Fagan, a 67-year-old resident of Sewell, NJ. “Treatment has made a noticeable impact on my quality of sleep. I find myself more refreshed and have the energy to enjoy time with family and friends.”

Nocturia is often confused with overactive bladder or enlarged prostate symptoms, but 70% of nocturia sufferers surveyed are not experiencing urinary frequency or urgency symptoms during the day, which means they are likely experiencing symptoms of nocturia due to nocturnal polyuria.

“Most family caregivers are already sleep deprived,” says John Schall, CEO of Caregiver Action Network. “If a caregiver is losing even more sleep helping a family member or friend suffering with nocturia, it only compounds an already serious problem. That’s why I urge all adults, particularly if they’re caring for someone with frequent nighttime urination, to speak to a healthcare provider so they can get the sleep they need.” 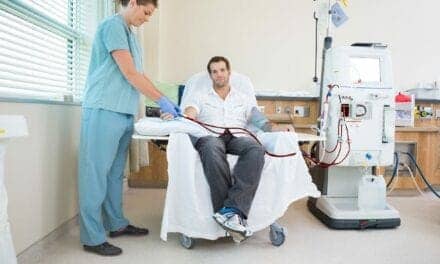 Avadel Launches Nasal Spray for Nocturia Due to Nocturnal Polyuria

Sleep Problems Can be Treated with Urinary Incontinence Drug