A single-center study found that percutaneous coronary intervention (PCI) procedures performed during the middle of the night do not adversely affect the safety and effectiveness of procedures performed the next day by the same operator. Findings now available in Catheterization and Cardiovascular Interventions, a journal published by Wiley-Blackwell on behalf of The Society for Cardiovascular Angiography and Interventions (SCAI), show late night work while on call does not worsen performance of the interventionist doing PCIs the next day.

Studies have shown that sleep deprivation in medical personnel may increase the risk of serious medical errors, percutaneous injuries, and motor vehicle accidents. Moreover, previous research has reported higher complication and failure rates for PCIs performed after regular working hours. To date, however, no study has provided evidence of the effect of operator fatigue on the success and complication rates of PCI procedures. Each year more than 1 million PCI procedures, commonly known as angioplasty, are performed in the United States, according to the National Heart, Lung, and Blood Institute.

For the present study, Vitalie Crudu, MD, and colleagues from Geisinger Medical Center in Danville, Pa, identified PCIs performed at the center from January 1, 2005 through December 31, 2009 between 11 pm and 7 am. PCIs performed during the following work day by the same interventionist were compared to PCIs performed by interventionists not on call the night before.

The team reported 3,944 PCIs were performed by four operators during the 5-year period, which included 167 PCIs performed by operators after late night work while on call. The overall incidence of complications was similar in the PCIs done by operators working the night before compared with PCIs done by rested physicians. Types of complications identified as potentially more sensitive to operator error or judgment occurred with similar frequency in both groups. The post-call physician PCIs had 1.2% intraprocedural deaths compared to 0.2% in the rested physician group, a difference that was not statistically significant. Researchers reported more frequent excessive bleeding at the access site in the rested versus post-call PCIs at 2.7% and 0%, respectively.

"Our investigation found no evidence that middle-of-the-night PCIs adversely affect safety or efficacy of procedures performed the subsequent day by the same interventionist," concludes Crudu. "Further study with a larger number of cases is necessary to identify any warning signals of correlations between sleep deprivation and PCI outcomes." In the interim, the authors suggest that sleep-deprived interventionists could minimize risk by deferring emergency cases to rested colleagues and avoiding elective high risk PCIs while fatigued.

6 Habits That Will Put You Straight to Sleep 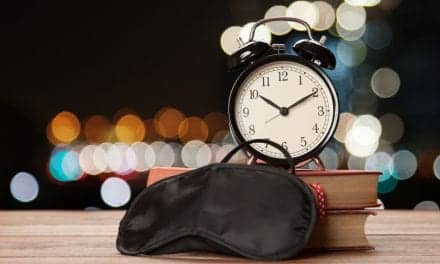