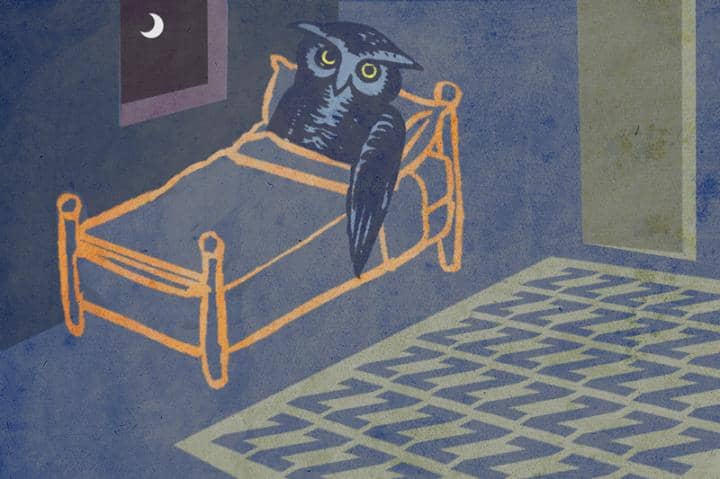 Researchers are making a strong case that the duration and timing of your sleep are closely associated with whether your behavior is heart-healthy.

Night owls should take special note of a study by University of Delaware researcher Freda Patterson and collaborators at the University of Pennsylvania, Drexel University, and the University of Arizona College of Medicine, who found that the early-to-bed, early-to-rise approach aligns much better with cardiovascular health.

Sleep deficits and poor-quality sleep have been linked to obesity and a myriad of health problems, but this study shows that when it comes to promoting healthy hearts, it’s not a matter of getting more sleep. It’s a matter of getting adequate sleep at optimal times.

Doing that seems to reduce the kind of behaviors—smoking, sedentary lifestyles, and poor dietary choices—that put hearts in harm’s way.

“There are some who believe that sleep as a physiological function is upstream to these heart-health behaviors,” says Patterson, assistant professor of behavioral health and nutrition in the University’s College of Health Sciences, in a release. “If that is true, the implication would be that if we can modify sleep as a central risk factor, we might be in much better position to leverage or modify some of our most stubborn cardiovascular risk behaviors such as tobacco use.”

The study, published in the Annals of Behavioral Medicine, examined the duration and approximate timing of sleep to see what patterns might be linked to the three prime suspects of cardiovascular trouble—smoking, poor diet, and sedentary habits. Those three behaviors have been blamed for about 40% of cardiovascular deaths in the United States and the United Kingdom.

The study had an enormous pool of data with which to work, drawing from the United Kingdom’s Biobank Resource and a sample of 439,933 adults, between the ages of 40-69.

They found several strong connections, but first, a few notes about definitions and methods.

The study defined short sleep as less than six hours, adequate sleep as seven to eight hours, and long sleep as nine hours or more. Respondents were categorized by their self-reported sleep-timing or “chronotype”—whether they considered themselves a morning person, more morning than evening, more evening than morning, or an evening person.

Participants were asked about their physical activity, how much time they spent using a computer or watching TV on an average day, how many servings of fruits and vegetables they had each day, and how many cigarettes they typically smoked in an average day.

And the bottom line was this: Those whose sleep was either short or long and the night owls who went to bed later were more likely than adequate sleepers and those who went to bed earlier to smoke, remain sedentary, and eat fewer fruits and vegetables.

“These data suggest that it’s not just sleep deprivation that relates to cardiovascular risk behaviors, but too much sleep can relate as well,” Patterson says. “Oftentimes, health messages say we need to get more sleep, but this may be too simplistic. Going to bed earlier and getting adequate sleep was associated with better heart health behaviors.”

The American Health Association reports that only 5% to 10% of adults meet ideal standards in diet, physical activity, and tobacco use. The rest of us have work to do.

“We know that people who are active tend to have better sleep patterns, and we also know that people who do not get their sleep are less likely to be active,” Patterson says. “A pressing question for practitioners and researchers is how do you leverage one to improve the other?”

Data on the population studied were derived from the United Kingdom Biobank Resource, which draws on the UK’s national health service. Subjects were between 40-69 years old during the four-year data collection period, which went from 2006-10.

Despite the enormous sample size, the data had some limitations, Patterson says. Population diversity was limited, for example. Ninety-five percent of respondents were white. And the data were largely based on self-report. 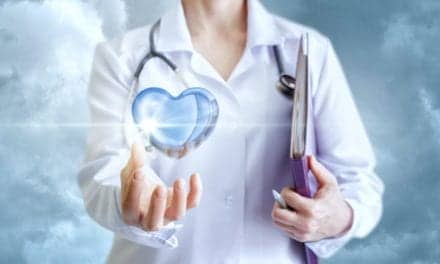