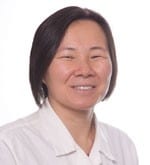 Yuan, who was known for her devoted work with children with severe forms of inherited muscle dysfunction and sleep disorders, built the Pediatric Sleep Center at Lucile Packard Children’s Hospital Stanford into a nationally recognized program that now delivers diagnostic and therapeutic care to almost 2,000 children annually. She helped write the standards for caring for children with severe congenital muscle disease and introduced a home ventilator program that allowed young patients with chronic respiratory failure to receive life-sustaining breathing support at home rather than in the hospital, letting them spend more time with their families.

“Nanci was completely comfortable advocating for her patients, and she did so with great courage and integrity,” says David Cornfield, MD, chief of the Division of Pulmonary Medicine and a longtime colleague of Yuan’s, in a release.

“She provided incredible service to patients and their families,” says Richard Moss, MD, professor emeritus of pediatrics, who hired Yuan to help build the division in 2003. “Nanci was fantastic about going from A to Z, everything from the initial evaluation to finding the best treatment for a patient.”

Yuan was born in Sao Paulo, Brazil, in December 1968 and immigrated with her family to the Bay Area, growing up in Daly City steeped in Chinese culture and language. She earned an undergraduate degree in biology from the University of California-Berkeley and graduated from Hahnemann University Medical School in Philadelphia in 1996. After medical school, Yuan undertook a pediatrics residency at Kaiser Permanente Hospital in Oakland and a fellowship at Children’s Hospital Los Angeles. During her training, she gained board certification in pediatrics as well as pediatric pulmonary, sleep and pediatric sleep medicine.

Caring for Patients and Their Families

After Yuan was hired at Stanford in 2003, she set out to build programs focused on the respiratory aspects of sleep medicine and neuromuscular disease. She was deeply involved in care for children with spinal muscular atrophy type 1, a rare disease that is usually fatal in early childhood, and was senior author of the first-ever consensus statement defining a standard of care for such congenital myopathies.

“Nanci was so dedicated to her patients that, to some families, she was like a second mother,” says MyMy Buu, MD, clinical assistant professor of pediatrics, who trained under Yuan and later became a colleague. “She gave families of children with respiratory failure treatment options that were truly family-centric. And she brought her human side to interactions with her patients.”

Her work also affected children with many other types of medical problems, including cardiac diagnoses and cancer, and she increased the hospital’s ability to diagnose and treat sleep problems in very young children, often working closely with colleagues in otolaryngology and neurology to address structural problems or neurologic issues that interfered with breathing during sleep.

“She was able to provide meaningful added value to a place that already had one of the most vaunted sleep programs in the world,” Cornfield says. “It was really a testament to her strength of will, commitment, and focus.”

Shortly after relocating to northern California, Yuan met and married Ricky Chang. Together they had twins, Neo and Claire, now 9, and created a home where their children would be comfortable and fluent with both their Chinese and American heritage. Yuan is also survived by her parents, George and Bernice Yuan, and sister, Margarida Yuan.

“She was extremely accomplished as an expert clinician and mentor, and also was really a friend to a lot of people,” Moss says. “I’m going to miss her tremendously.”

A Catholic funeral Mass will be held in Yuan’s memory at 10 AM on July 23 at the St. Denis Church, 2250 Avy Ave., Menlo Park. Following the Mass, from noon to 2:30 PM, a celebration of Yuan’s life will be held at the Frances C. Arrillaga Alumni Center, 326 Galvez St, Stanford. A eulogy will be delivered at 1 PM, and refreshments and a light lunch will be served.

In lieu of flowers and gifts, Yuan requested donations to her family trust for her children at gofund.me/nanciyuan. 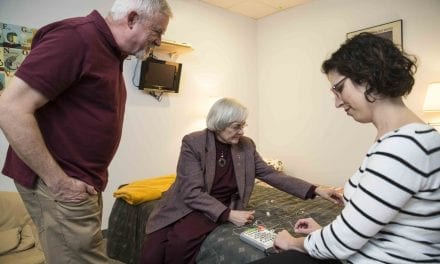