Alaska salmon fishermen have a significantly higher rate of health problems than the general population. This is according to a new study conducted by the University of Washington School of Public Health in partnership with Alaska Sea Grant. The health issues include noise-induced hearing loss, upper extremity disorders, and fatigue possibly associated with sleep apnea.

The study began in early 2015 when Torie Baker, Alaska Sea Grant Marine Advisory agent in Cordova, and members of Cordova District Fishermen United invited 600 salmon gillnet permit holders to answer health questions before and during the fishing season. Debra Cherry, MD, MS, a physician and injury prevention and treatment researcher with the University of Washington Department of Epidemiology, led the effort.

The peer-reviewed study was published in April 2018 in the Journal of Agromedicine.

Evidence of noise-induced hearing loss in the study is striking. About 80% of physical exam participants had hearing loss, compared to the 15% norm for Americans. In addition to engine noise while fishing, most fishermen reported exposure to noise during off-season activities, such as snowmachining, hunting, and construction jobs.

Researchers also found evidence of rotator cuff problems in 40% of physical exam participants compared to the norm of 8% to 14%. The potentially high prevalence of obstructive sleep apnea, captured via standardized survey questions, is also concerning, say the authors. Less sleep combined with poor quality sleep may exacerbate fatigue during the fishing season.

Worldwide, fishermen are exposed to noise, ultraviolet radiation from the sun, long and irregular work hours, and physical strain. Prior studies show that fishermen have a higher prevalence of hearing loss, actinic keratosis (a precancerous skin condition), leukemia, fatigue, and musculoskeletal injuries. Because poor health in fishermen can result in urgent medical evacuation, countries such as Italy and Poland require fitness-for-duty exams.

The U.S. National Institute for Occupational Safety and Health funded the Cordova, Alaska, research through the Pacific Northwest Agricultural Safety and Health Center. While injuries and fatalities in the US fishing industry have dropped significantly between 1990 and 2009, NIOSH saw a need to evaluate chronic health risks.

Sixty-six Cordova-area fishermen participated in the preseason online survey, and 38 responded to the midseason survey. Some were outfitted with Fitbits to track activity and sleep habits before and during the fishing season, and 25 fishermen had a complete physical exam including medical history, a hearing screening and a 3-minute step test to assess fitness during the fishing season.

Most participants were white males, at an average age of 49 with 27 years of fishing experience. Only 3% smoked tobacco. Some 70% of the participants were overweight or obese. During the off-season, more than half reported vigorous weekly exercise and 6 to 8 hours of sleep. During the fishing season most worked longer hours and had less sleep and less aerobic exercise compared to off-season.

At the conclusion of the study, researchers sent a letter to each participant with their individual survey, exam, and FitBit results, recommendations for follow-up, and a summary of study findings. In Cordova, Cherry presented study findings at two community meetings in fall 2015.

The outcomes of the fishermen’s health study continue to spur interest among locals, says Baker, who is a faculty member at the University of Alaska Fairbanks College of Fisheries and Ocean Sciences and a partner in the study. Responding to that interest, she provided free hearing screenings this past April at the Cordova Community Health Fair.

“Partnering with our public health nurse from Juneau, we provided hearing screenings for 62 people in just four hours. We were very surprised at this response. It was an excellent opportunity to assist folks with tracking an often missed or lower priority health condition,” Baker says in a release.

The Cordova health study researchers say they are eager to increase the study size to further explore their results, and to alert health care providers in other fishing ports as to fishermen’s specific health needs and challenges. 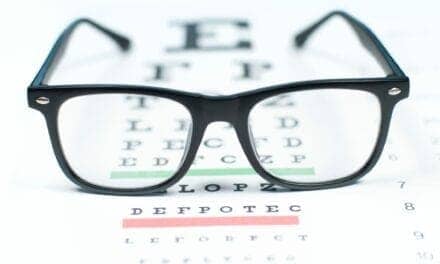 In Visually-Impaired Athletes, How Common & What Risk Factors Are Linked with Sleep Disorders?