The Scripps Clinic Viterbi Family Sleep Medicine Clinic has been certified as a restless legs syndrome (RLS) Quality Care Center by the Restless Legs Syndrome Foundation, a designation recognizing the clinic’s expertise and leadership in diagnosing and treating the neurological disorder.

The Scripps clinic is among eight certified RLS Quality Care Centers in the United States, one of only two west of the Rocky Mountains and the only one in Southern California.

The RLS Foundation is a nonprofit organization based in Austin, Texas, which is focused on increasing awareness, improving treatments, and supporting research for the disorder. Quality Care Centers must meet rigorous criteria that demonstrate a high level of expertise and experience treating patients with RLS, according to the foundation.

“Patients seeking care from a Quality Care Center such as ours at Scripps can take comfort in knowing they will receive a proper diagnosis and have access to the latest treatments available from physicians who can offer a full array of services related to RLS,” says J. Steven Poceta, MD, a Scripps Clinic neurologist who specializes in the treating the disorder, in a release.

Moderate to severe forms of the disorder affect as much as 3% of the adult U.S. population, or about 5 million people, according to the National Institute of Neurological Disorders and Stroke.

Patients can experience throbbing, tingling, pulling, and crawling sensations in their legs that are only relieved by moving the limbs, sometimes uncontrollably. The discomfort and pain are particularly pronounced while lying down to rest or sleep.

The symptoms make it difficult to get a good night’s sleep, resulting in daytime fatigue, memory problems, and concentration difficulties. Patients with more severe symptoms often struggle with jobs, relationships, and other normal activities.

“Since the symptoms are primarily nocturnal, many people with RLS are up all night walking and trying to find some relief,” says Caroline Chamales, one of Poceta’s RLS patients and the founder of the San Diego RLS Support Group that meets twice a year at Scripps Green Hospital in La Jolla. “It’s very difficult to sit for a movie or in a theater, or to go on a long airplane flight. It’s just excruciating any time you have to be still.”

Therapies include prescription medications that increase dopamine in the brain, which also treat Parkinson’s disease, and drugs that stabilize neuronal membranes, which also treat epileptic seizures, pain, and migraine headaches.

However, due to the chronic nature of the disorder and potential side effects of drug treatments, the care of RLS patients typically requires close, long-term management by an experienced medical specialist.

“The physician and patient often must try multiple medications sometimes over months or even years to settle on an effective treatment,” Poceta says. “And since many of the drugs that treat RLS can trigger serious side effects, those risks must be carefully balanced with the potential benefits offered by the medications.”

The Scripps clinic, which includes an 8-bed sleep study (polysomnography) laboratory, is staffed by five physicians who specializing in sleep medicine, neurology, chest medicine, cognitive behavioral therapy, and pulmonary medicine. In addition to Poceta, two of the other physicians are RLS experts based on their specialized training and experience treating patients with the disorder.

RLS Still Not Well Known by Many

Despite the prevalence of RLS, many people without the disease know very little about it, and some even question whether the disorder is a real medical condition.

“People with RLS are really suffering, but it’s a disease that doesn’t get a lot of respect,” says Chamales, who lives in La Jolla. “Patients are often reluctant to discuss their symptoms openly, even with family members and friends.”

Certification of the Scripps clinic by the RLS Foundation will help to increase awareness of the disease and treatment options in the region, says John Cronin, MD, director of the clinic. “This designation is about helping people who are undiagnosed and improving the lives of patients who want to seek help for RLS,” Cronin says. 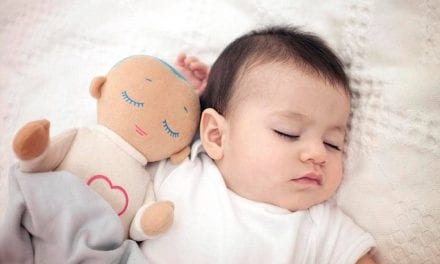