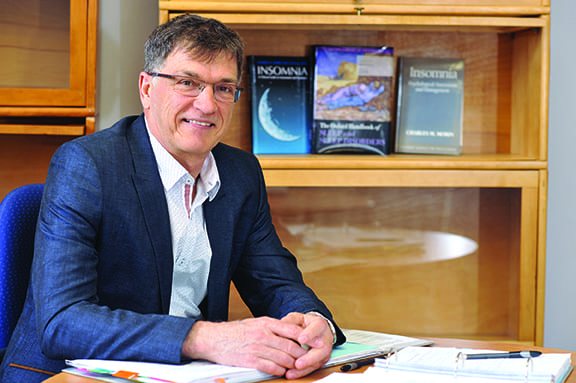 Charles M. Morin, PhD, has helped systemize psychological and behavioral treatments for the most prevalent sleep disorder. His ongoing quest is to distribute this information to clinicians and patients worldwide. 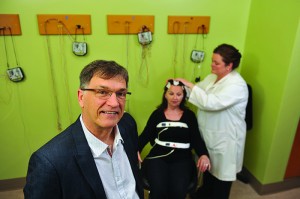 Insomnia is the most prevalent sleep disorder, but it remains partially shrouded in a groggy haze of the unknown. What causes insomnia? What maintains it? Is there an “insomnia gene”?

As long as there are relevant questions surrounding sleeplessness, there will be researchers like Charles M. Morin, PhD, who seek answers. Morin, professor of psychology and director of the sleep research center at Université Laval in Quebec City, Canada, has been researching insomnia for more than 30 years. “My interest has been maintained because sleep problems touch so many people. Whatever we can do to help people sleep better and have a better quality of life is enough to motivate me,” he says.

At SLEEP 2016, the 30th anniversary meeting of the Associated Professional Sleep Societies, Morin will be receiving the Sleep Research Society Distinguished Scientist Award for his impact on how insomnia is treated. Morin has significantly contributed to the development, validation, and systemization of psychological and behavioral therapies for insomnia. “There is now a valid alternative to using sleep medication,” he says. And he is intent on distributing the knowledge gleaned from his research to clinicians and patients worldwide.

Though most insomnia patients do not know Morin by name, they have likely taken one or both of the widely used clinical diagnosis and therapy tools that he created. Morin’s Insomnia Severity Index (ISI) asks seven questions that help assess insomnia severity, including inquiring about classic symptoms such as problems falling asleep, staying asleep, and waking too early, as well as measuring the impact of symptoms on daytime functioning. “Most investigators and clinicians use sleep diaries, and that’s extremely helpful, but sometimes patients have trouble completing those. They don’t know how much time it takes them to fall asleep or how much time they spend awake in the middle of the night,” Morin says. “With the ISI, it’s a nice instrument that patients can complete at each of their visits, and clinicians can also use it when they make their initial assessment and to make a diagnosis of insomnia.”

Whereas the ISI plays a significant role in insomnia assessment and diagnosis, the Dysfunctional Beliefs and Attitudes about Sleep (DBAS) scale, also developed by Morin, becomes a helpful tool for therapy, specifically during CBT-I (cognitive behavioral therapy for insomnia). The DBAS asks about common concerns surrounding patients’ insomnia, for example, the belief that they “need 8 hours of sleep to feel refreshed and function well during the day.” Morin explains, “A lot of those concerns are accurate, but some are amplified—and that fuels a vicious cycle of insomnia.” The DBAS gives CBT-I providers key insights into what beliefs and attitudes must be addressed with any given patient. “We don’t want to disregard the beliefs that are addressed via the scale [such as a need for 8 hours of sleep], but some insomniacs become obsessed with them. So it’s very important to address this directly in therapy,” Morin says.

For sleep professionals, Morin published a textbook that is widely used and cited. Insomnia: Psychological Assessment and Management is a treatment manual that systemizes insomnia therapies. “There were therapies that were already published and validated in research articles. I wrote the book to assist clinicians to put it all together,” Morin says. “It is a step-by-step treatment manual that described validated treatment procedures and how to implement them with patients.” When the book was published in 1993, insomnia therapies such as CBT-I had never before been organized in such a systematic way. “When I hear clinicians tell me that it has been of great help to their clinical practice, then I feel very rewarded for writing that up and doing the research we’re doing,” Morin says.

Morin feels similarly rewarded when he receives feedback from insomnia sufferers who have utilized the self-help books he’s published. He says, “When you hear patients say it has helped them improve the quality of their life, that’s really the best reward we can get when we do clinical research.” 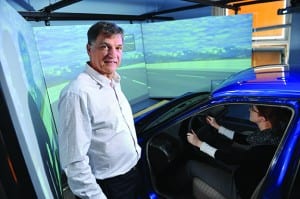 Driving simulators can be important tools to measure effects of insomnia on research subjects’ daytime function.

But Morin is also quick to note that many patients with insomnia are not being reached. “It was not long after I started doing clinical treatment studies that I realized it is one thing to do these well-controlled studies, but it is something else to make sure the knowledge gets to the people who need it,” Morin says, adding that many patients—and even clinicians—do not have access to psychological and behavioral therapies for insomnia.

One avenue to wider dissemination of non-drug therapy is via self-help formats, Morin notes. Morin has developed and promoted self-help options from the early days of bibliotherapy (written material) to telephone consultations to today’s Internet-based interventions and smartphone apps. “We often say, ‘The best prescription for insomnia is information.’ All of these technologies get accurate information to the people who need it,” he says.

Recently, he contributed to the development of SHUTi, an interactive online program that brings CBT-I principles directly to patients. But programs such as SHUTi are only part of the solution, Morin says. “There is not a single self-help program that will replace live therapy. It helps us reach more people, but we should look at these self-help developments as complements, rather than replacements, for live therapy.” Self-help formats provide a structured way for motivated patients to do much of the work on their own, but, in Morin’s experience, many patients (including those with comorbid conditions such as depression) need in-person coaching too.

“The biggest challenge for us who do clinical research on insomnia therapies is to find a way to better disseminate the therapies,” Morin says. He philosophizes on when we may ultimately reach the educational tipping point. “That becomes a matter of economics, and decision-makers have to recognize there are effective treatments for insomnia, and the treatment is not always medication.” The economics piece includes the everyday financial costs of untreated insomnia (such as lowered workplace productivity) and how money is typically spent to promote therapies. “I have nothing against medications, but clearly pharmaceutical manufacturers have a strong marketing force to promote new medications for insomnia. If we had the same type of marketing force to promote CBT, I think we’d be helping a lot more people,” he says. 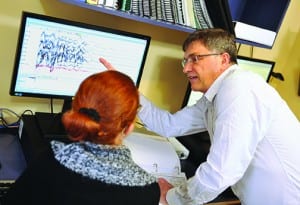 Morin and a graduate student analyze a sleep study.

So, ideally, what one change should be implemented today with respect to insomnia clinical practice?

“As a first step, I’d like to see every single sleep clinic have an insomnia program, which is far from being the case currently,” Morin responds. “Most sleep disorder centers focus on sleep apnea, which is a very important sleep disorder but it is not the most prevalent.” Also on Morin’s wish list is a hope for every clinician who sees patients with insomnia to “make sure they provide and at least discuss all of the options available. Then, with the patient, come up with a shared decision about what’s best for the patient,” he says.

Morin will be contributing to this vision of better worldwide sleep health via his role at the newly formed World Sleep Society. The World Sleep Society formed in 2016 as a merger of the World Sleep Federation and the World Association of Sleep Medicine. Morin is the new society’s president-elect and becomes president in October 2017 at its annual conference. “In North America, we do not realize we are very fortunate to have all of these sleep clinics and sleep training programs, but we do not need to go very far to realize there are many countries in the world where people with sleep disorders are underserved. It’s important to contribute to the education of health professionals worldwide, so they can disseminate this knowledge to their patients,” Morin says. “That’s going to be part of my mission as the new president: to promote education and training beyond what we do in our own immediate environment.” 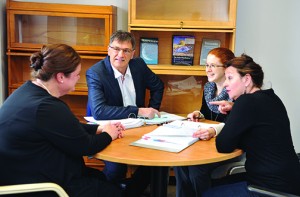 Morin’s afternoons frequently include meetings with his graduate students.

Back home in Quebec City, Morin continues seeking answers to what works and does not work for treating insomnia. He is a two-time recipient of a renewable Canada Research Chair, a prestigious title given to elite Canadian university research professors that helps chairholders achieve research excellence in the health sciences. He holds the chair in behavioral sleep medicine, and the endowment gives him resources and time to pursue his sleep research.

He has a team of graduate students, and Morin stays hands-on in all of the clinical research. “Once in a while, I will see the patient myself. I review cases, and I use that to train my graduate students. So when we meet in multidisciplinary meetings to make a decision on a particular case, I’m there with the physician, pharmacist, and psychologist,” he says. “The research we do is very much like clinical work because in most studies it involves actual treatment.”

Beyond his own graduate students, he has inspired students at other institutions. One such protégé is Allison Harvey, PhD, a professor in the psychology department at the University of California-Berkeley. “As a graduate student in Australia, I attended my first international psychology conference in Canada. I attended Charles’ talk—the talk was in honor of an early career award that Charles received. The talk was so inspiring,” Harvey says. “At the time, my PhD in PTSD was nearing completion. His talk made me want to study insomnia! Two years later, I started my first faculty job at the University of Oxford in the UK and I started my program of research on insomnia—because of Charles!”

Years later, Harvey and Morin worked together as co-principal investigators on a grant. “In this context, I got to see first hand his rigor, his intelligence, his commitment to science, his clinical skill…. It was just wonderful to work with him,” Harvey says.

Morin also shares his knowledge via classes, such as the research seminar on clinical psychology that he teaches to graduate students. He also recently developed an online course about sleep and well-being for undergrad students, which is part of Université Laval’s undergraduate well-being curriculum.

The team at Université Laval has contributed to his success. “When you get this kind of distinguished award, it’s easy to keep it for yourself. I share this award with my colleagues at Université Laval who have been collaborating with me for a number of years, including my grad students and postdoc fellows,” Morin says, adding that he also thanks his colleagues outside of Laval. All of Morin’s colleagues have “been the source of my motivation and energy over the years,” he says. And, as long as there are mysteries surrounding insomnia, there will be a need for motivated and energetic researchers to move the science forward.

The Cast of Seinfeld Lulls Me Off to Sleep. Is It as Good For Me as It Feels? 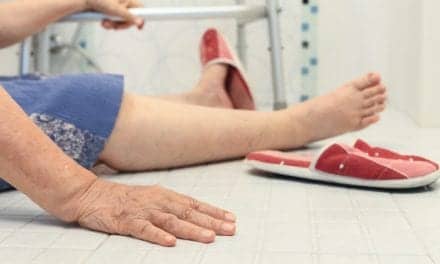