African Americans with sleep apnea and insomnia are rarely diagnosed with either problem, even when the severity of the two sleep disorders are likely to affect their health. This is according to research presented at the ATS 2017 International Conference.

“African Americans experience a disproportionate burden of numerous health problems, including obesity, diabetes, hypertension, and cardiovascular disease, all of which have been shown to be associated with sleep,” says lead study author Dayna A. Johnson, PhD, MPH, MS, MSW, a postdoctoral research fellow at Brigham and Women’s Hospital and Harvard Medical School, in a release. “It seems plausible that sleep apnea and insomnia are important risk factors contributing to these health disparities.”

Johnson and her colleagues studied data of 825 African Americans who underwent a sleep study as part of the Jackson (Miss) Heart Study, which is funded by the National Institutes of Health and is the largest single-site prospective investigation of cardiovascular disease in African Americans undertaken. The average age of those undergoing the home sleep study was 63 years, and two-thirds of the participants were women.

The researchers defined sleep apnea based on the apnea-hypopnea index (AHI). An AHI >5 was considered mild; an AHI >15, moderate; and an AHI >30, severe. The researchers used the Women’s Health Initiative (WHI) Insomnia Rating Scale to define insomnia. Participants with a score >10 were considered to have insomnia. Participants were asked if a physician had told them that they suffered from either of the disorders.

The study found that three of every four participants had sleep apnea: 38.4% had mild sleep apnea; 21.3% had moderate sleep apnea; and 15.8% had severe sleep apnea. But only 2.1% of those with sleep apnea reported that a physician diagnosed the condition.

Higher body mass index, hypertension, diabetes, being male, and being older were all associated with sleep apnea and its severity.

The study also found that more than 2 in 10 participants suffered from insomnia. But only 6.7% of them reported a physician diagnosis.

According to Johnson, the prevalence of both sleep apnea and insomnia in the study population was higher than would be expected in the general population of adults of a similar age.

Because treating these sleep disorders “could drastically improve quality of life and reduce the burden of subsequent adverse health outcomes,” Johnson adds, clinicians need to identify patients at risk of these sleep disorders and encourage them to undergo sleep studies. In addition, although public awareness of sleep apnea is growing, efforts targeting the most at-risk populations may be warranted. 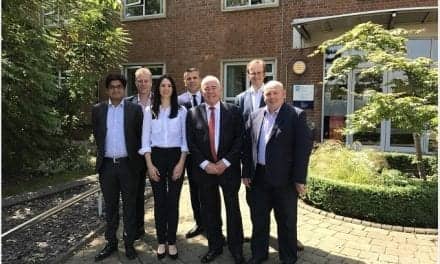 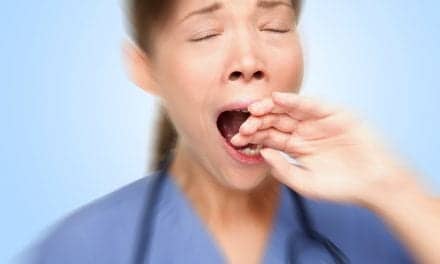