A Phrase III controlled trial showed that pitolisant, a drug promoting histamine neurotransmissions in brain, and previously shown to be active against excessive daytime sleepiness (EDS), was also able to significantly reduce cataplexy when given once-a-day for two months in severely affected narcoleptic patients with cataplexy, finds a study.

The study, published in The Lancet Neurology, found that cataplexy attacks (on which psychostimulants like amphetamines or modafinil are not significantly active) were reduced, by up to 75% (50% compared to placebo), even in severely affected patients experiencing nearly 10 attacks per week on average.

The number of patients with very high cataplexy level at the end of treatment (more than 15 attacks per week) were also more than 3 times less frequent with pitolisant than placebo.

In addition to cataplexy, EDS was significantly improved when evaluated using either a subjective test (Epworth Sleepiness Scale) or an objective laboratory test (Maintenance of Wakefulness Test). This wake-promoting effect confirms previous trials with pitolisant.

Treatment with Wakix also improved other symptoms of the disease such as hallucinations and enhanced patients’ assessment of their quality of life (the “suffering” criterion).

Wakix tolerance was good with no serious adverse events. Side effects were generally mild (except one episode of severe nausea) and reversible, the most frequent ones being headaches, nausea, and anxiety.

There was no withdrawal symptoms after abrupt treatment cessation, which is consistent with preclinical or clinical data pointing out to the lack of drug abuse liability of this novel class of anti-narcoleptic agents.

All together these data suggest that pitolisant may represent a first-line treatment of narcolepsy.

HARMONY CTP was a Phase III, multi-center, prospective, double blind, randomized, and placebo-controlled study. It was conducted in 16 centers in 8 countries and a total of 105 narcoleptic patients were randomized to treatment with Wakix (n=54 ) or placebo (n=51). At baseline, the enrolled patients had a high frequency of cataplexy (7-9 attacks per week), a high level of diurnal somnolence (Epworth score about 17, high propensity to fall asleep eg in the multiple sleep latency test, and MWT) and a high fraction of them displayed associated symptoms like hallucinations (64%). After one week wash-out and 2 weeks screening, patients received pitolisant for a period of one month orally with individual dose titration (from 5 mg to 40 mg). The primary endpoint was the change in the average number of cataplexy attacks per week as recorded in patient diaries between the 2 weeks of baseline and the 4 weeks of stable dosing period. Analysis was by intention to treat. The frequency of cataplexy attacks per week decreased from 9.15 to 2.27 with pitolisant and from 7.31 to 4.52 with placebo (P<0.0001).

Pitolisant (Wakix) is developed by Bioprojet, a European pharmaceutical company established in 1982. It is a highly-selective histamine H3 receptor inverse agonist/antagonist. By acting on presynaptic histamine H3 receptors, Wakix enhances histamine release in the brain, leading to increased wakefulness and alertness. By increasing the activity of histaminergic neurons and histamine release, Wakix indirectly acts upon other neurotransmitter systems, increasing acetylcholine, norepinephrine and dopamine release in the brain. On November 19, 2015, the European Medicines Agency’s (EMA) Committee for Medicinal Products for Human Use (CHMP) recommended Wakix for European Union-wide marketing authorization for treatment of narcolepsy in adults with or without cataplexy. 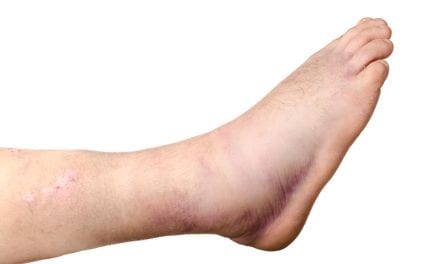