Modafinil, a drug used for improving wakefulness in patients with excessive sleepiness, affects the activity of dopamine in the brain in a way that may create the potential for abuse and dependence, according to preliminary research in the Journal of the American Medical Association (JAMA).

“In this pilot study, modafinil acutely increased dopamine levels and blocked dopamine transporters in the human brain. Because drugs that increase dopamine have the potential for abuse, and considering the increasing use of modafinil for multiple purposes, these results suggest that risk for addiction in vulnerable persons merits heightened awareness,” write the researchers.

Modafinil is a wake-promoting drug used to treat sleep disorders that may enhance cognition. It is used off-label for the treatment of cognitive dysfunction in some psychiatric disorders such as schizophrenia. The recent study was conducted to test whether therapeutic doses of modafinil would elevate extracellular dopamine in the brain by blocking the dopamine transporter. Ten healthy men between the ages of 23 and 46 years were included in the study and received a placebo, modafinil in 200 mg doses (recommended for narcolepsy), or modafinil in 400 mg doses (shown to benefit those with attention deficit hyperactivity disorder).

The study found modafinil increased dopamine in the nucleus accumbens, the brain region critical for the rewarding effects of drugs of abuse.

Cephalon Inc, maker of PROVIGIL® (modafinil) Tablets, posted a [removed]response[/removed] to the JAMA article on the company’s Web site. Cephalon states that the study’s findings are consistent with what the company already knew about the drug.

Cephalon clarifies that PROVIGIL is classified as a schedule IV medication by the Drug Enforcement Administration (DEA). As a schedule IV drug, PROVIGIL has some potential for abuse and dependence. The company also writes that PROVIGIL’s product label advises physicians to follow patients closely, particularly those with a history of drug and/or stimulant abuse.

“After 10 years on the market, millions of patients treated, as well as ongoing monitoring of abuse and diversion by Cephalon, the DEA, the Food and Drug Administration, and other international regulatory agencies, we believe that the potential risk of abuse and dependence is accurately reflected in the product labeling. We believe that there is a low relative potential for abuse with modafinil, which is consistent with the DEA scheduling for PROVOGIL,” writes Cephalon. 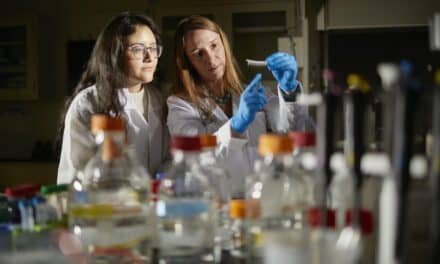