Does the ‘Caff-Nap’ Work for Shift Workers? 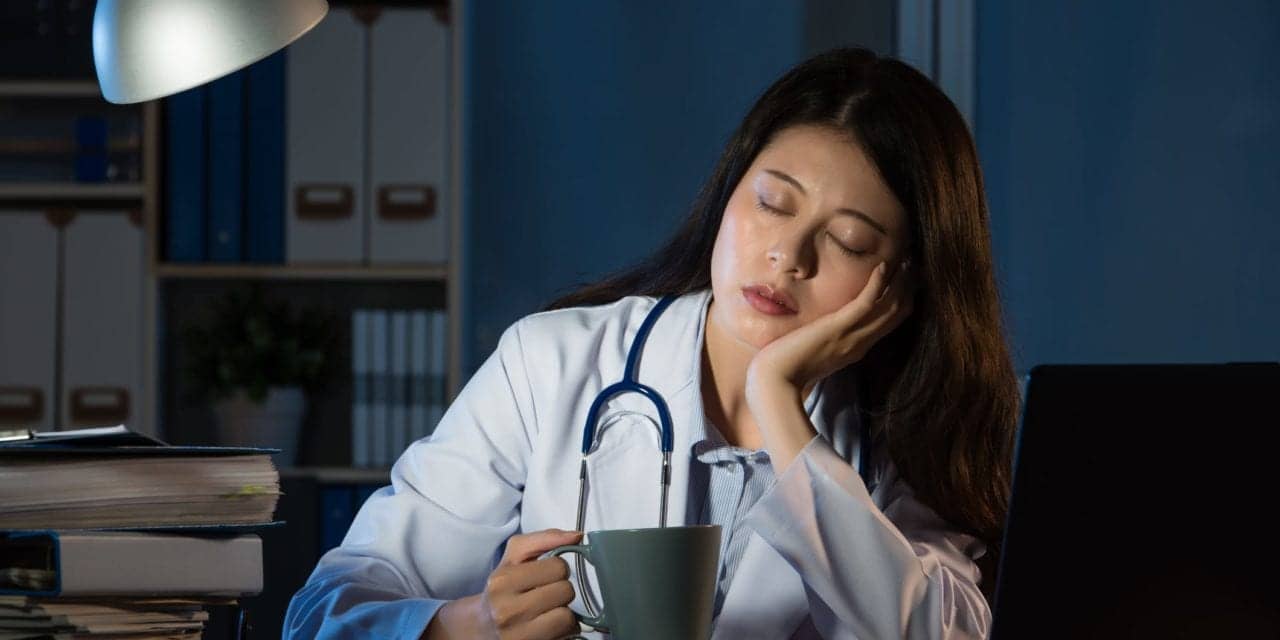 Lead researcher Stephanie Centofanti, PhD, from UniSA Online and the Sleep and Chronobiology Laboratory at UniSA, says the finding could help counteract the kind of sleep inertia that is experienced by many shift workers.

[RELATED: Moderate Coffee Drinking “More Likely to Benefit Health Than to Harm It”]

“Shift workers are often chronically sleep-deprived because they have disrupted and irregular sleep patterns,” Centofanti says in a release. “As a result, they commonly use a range of strategies to try to boost their alertness while on the nightshift, and these can include taking power naps and drinking coffee—yet it’s important to understand that there are disadvantages for both.

“Many workers nap during a night shift because they get so tired. But the downside is that they can experience ‘sleep inertia’—that grogginess you have just after you wake up—and this can impair their performance and mood for up to an hour after their nap.

“Caffeine is also used by many people to stay awake and alert. But again, if you have too much coffee it can harm your overall sleep and health. And, if you use it to perk you up after a nap, it can take a good 20-30 minutes to kick in, so there’s a significant time delay before you feel the desired effect.

“A ‘caffeine-nap’ (or ‘caff-nap’) could be a viable alternative—by drinking a coffee before taking a nap, shiftworkers can gain the benefits of a 20-30-minute nap then the perk of the caffeine when they wake. It’s a win-win.”

The small pilot study tested the impact of 200 mg of caffeine (equivalent to 1-2 regular cups of coffee) consumed by participants just before a 3:30 am 30-minute nap, comparing results with a group that took a placebo.

Participants taking the coffee-nap showed marked improvements in both performance and alertness, indicating the potential of a caff-nap to counteract sleep grogginess.

Centofanti says this shows a promising fatigue countermeasure for shift workers. She says the next move is to test the finding on more people.

This Hotel Wants to Cure Insomnia

A New Therapy for Insomnia: No More Negative Thoughts