Remember that patient from a few weeks ago with the high apnea/hypopnea index who came in complaining of excessive daytime sleepiness? The sleep study confirmed that he had classic obstructive sleep apnea, and you did your best to help him. However, he seemed so grumpy about starting positive airway pressure therapy. Did he listen to what you told him about the dangers of poor sleep and the need to stay compliant with treatment? The home health care company that provided his CPAP machine says it follows up with patients, but does it really and is it enough? He never called back with questions or came to a support group meeting.

Now imagine that you pick up the paper next week and there is a story about that same patient falling asleep at the wheel and hitting a pedestrian. Just such a tragic scenario happened in July in New York State. According to the police who investigated the accident, Gerald Taddonio, 55, of Lloyd Harbor, NY, hit two teenage sisters when he fell asleep at the wheel. Although he only nodded off for a second, the Hummer he was driving jumped a curb and struck the girls from behind. Taddonio reportedly told the police that he had sleep apnea and had not been sleeping well because he was not wearing his therapy device nightly.

For the family of the two girls, life will never be the same. The younger of the two, Blanca Benitez, 15, died at the scene, and the older, Anna Benitez, 17, suffered head injuries.

Also, life will never be the same for Taddonio and his family. His wife, Susan, and his own two young children were in the car at the time of the accident. While the police told Newsday that they did not plan to charge Taddonio with any offense because it was an accident, he will have to live with his memories (and guilt) from the tragic event.

Many research findings support the need for patients to control their sleep apnea because sleep disordered breathing is linked to hypertension, cardiac diseases, strokes, and a myriad of other serious health problems. However, should we also look at people with untreated sleep apnea as potential dangers to others as well as to themselves? Sleep medicine already plays an active role in looking for sleep deprivation in professions such as long-haul trucking, commercial driving, and flying. Should people, like Taddonio, who drive personal vehicles also be an object of concern?

As a medical professional, your responsibility is first and foremost to your patient, but it raises a moral problem when you know of a patient whose lack of compliance with treatment may put others at risk. Do you speak up, and, if so, to whom? You are, after all, also legally and ethically bound to protect your patients’ confidentiality.

One step that could remove this moral uncertainty would be for departments of motor vehicles to require drivers to disclose if they have a sleep disorder the same way they require drivers to report if they wear corrective lenses. However, this might discourage people from being tested for sleep disorders—a situation that would only make the problem worse. In addition, the jury is still out on whether sleep apnea and drowsy driving are serious enough problems to require government involvement for noncommercial drivers. When we put the question to readers of www.sleepreviewmag.com in August, they overwhelmingly (74%) said, no, people should not be required to report having sleep apnea to the department of motor vehicles.

I tend to agree. Government oversight is not the answer. But that does not mean that there is not a problem. As a field, sleep medicine should examine if it is doing enough to alert recently diagnosed sleep apnea sufferers about their responsibility to control their symptoms and monitor their drowsiness level before engaging in activities, such as driving a car, that require alertness. Someone with a known medical condition that may cause them to lose control of even a small car—let alone a Hummer—should hand the keys over to someone else. 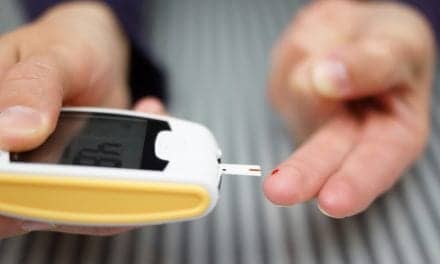 Beyond Annoying: How To Identify The Sounds Of A Troublesome Snore