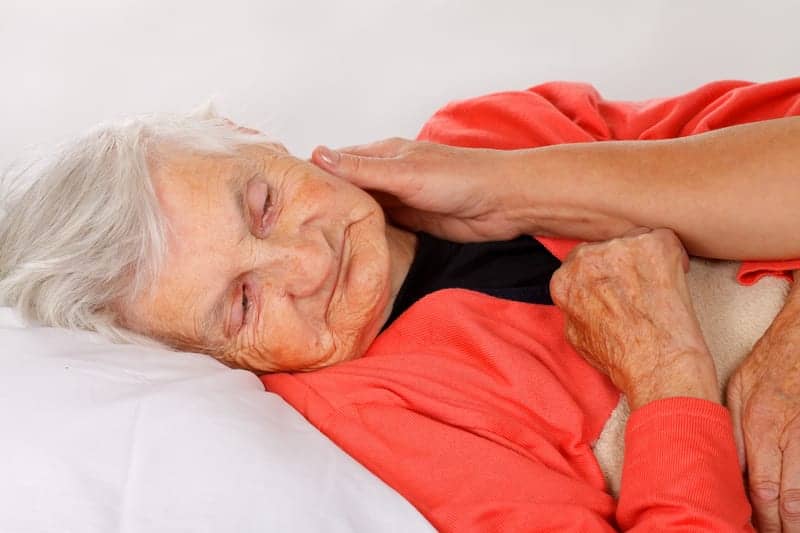 “Several studies have suggested that sleep disturbances might contribute to amyloid deposits and accelerate cognitive decline in those at risk for AD,” says Ricardo S. Osorio, MD, senior study author and assistant professor of psychiatry at New York University School of Medicine, in a release. “However, so far it has been challenging to verify causality for these associations because OSA and AD share risk factors and commonly coexist.”

He adds that the purpose of this study was to investigate the associations between OSA severity and changes in AD biomarkers longitudinally, specifically whether amyloid deposits increase over time in healthy elderly participants with OSA.

The study included 208 participants, age 55 to 90, with normal cognition as measured by standardized tests and clinical evaluations. None of the participants was referred by a sleep center, used continuous positive airway pressure (CPAP) to treat sleep apnea, was depressed, or had a medical condition that might affect their brain function. The researchers performed lumbar punctures to obtain participants’ cerebrospinal fluid soluble Ab levels, and then used positron emission tomography, or PET, to measure Ab deposits directly in the brain in a subset of participants.

The study found that more than half the participants had OSA, including 36.5% with mild OSA and 16.8% with moderate to severe OSA. From the total study sample, 104 participated in a 2-year longitudinal study that found a correlation between OSA severity and a decrease in CSF Ab42 levels over time. The authors said this finding is compatible with an increase in amyloid deposits in the brain; the finding was confirmed in the subset of participants who underwent amyloid PET, which showed an increase in amyloid burden in those with OSA.

Surprisingly, the study did not find that OSA severity predicted cognitive deterioration in these healthy elderly adults. Andrew Varga, MD, PhD, study coauthor and a physician specializing in sleep medicine and neurology at the Icahn School of Medicine at Mount Sinai in New York, says this finding suggests these changes were occurring in the preclinical stages of AD.

“The relationship between amyloid burden and cognition is probably nonlinear and dependent on additional factors,” he says. This study finding may also be attributable to the study’s relatively short duration, highly educated participants, and use of tests that fail to discern changes in cognitive abilities that are subtle or sleep-dependent, the authors wrote.

The high prevalence of OSA the study found in these cognitively normal elderly participants and the link between OSA and amyloid burden in these very early stages of AD pathology, the researchers believe, suggest the CPAP, dental appliances, positional therapy, and other treatments for sleep apnea could delay cognitive impairment and dementia in many older adults.

“Results from this study, and the growing literature suggesting that OSA, cognitive decline and AD are related, may mean that age tips the known consequences of OSA from sleepiness, cardiovascular, and metabolic dysfunction to brain impairment,” Osorio says. “If this is the case, then the potential benefit of developing better screening tools to diagnose OSA in the elderly who are often asymptomatic is enormous.”

The National Institutes of Health, Foundation for Research in Sleep Disorders, the American Sleep Medicine Foundation and Friedman Brain Institute supported this research.