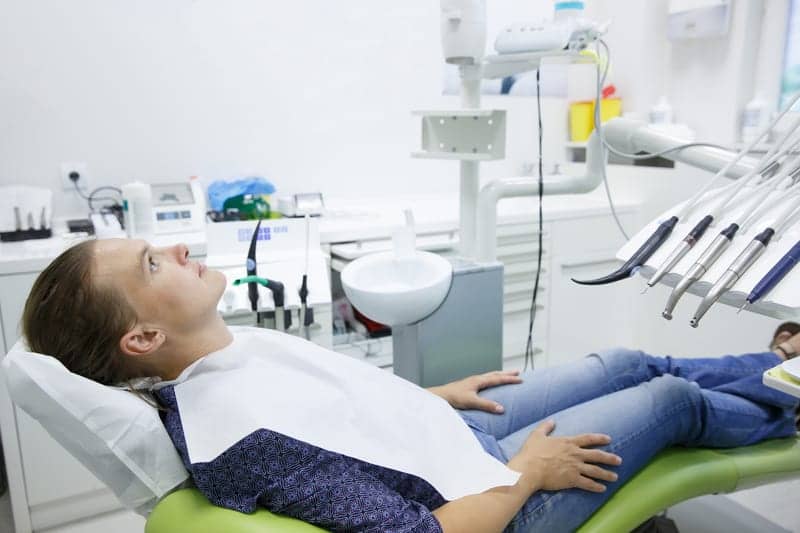 The best time to identify signs of obstructive sleep apnea may not be at night while snoozing in bed but, instead, while sitting in the dentist’s chair, according to an orthodontic researcher.

According to a study led by University at Buffalo orthodontic researcher Thikriat Al-Jewair, dentists are in the unique position as healthcare professionals to pinpoint signs of obstructive sleep apnea (OSA).

The research found that oversized tonsils and tongue indentations, which are teeth imprints along the tongue that indicate it is too large for the mouth, placed people at high risk for OSA. Obese patients were almost 10 times more likely to report OSA symptoms than non-obese patients.

Although dentists cannot diagnose the disorder, they can spot an enlarged tongue or tonsils and recommend a patient to a sleep medicine specialist.

“Dentists see into their patient’s mouths more than physicians do and the signs are easy to identify,” says Al-Jewair, clinical assistant professor in the UB School of Dental Medicine, in a release. “We need to teach students about this condition before they get out in the field, and educate dentists about the major role they play in identifying and treating patients with sleep-related disorders.”

The study, “Prevalence and risks of habitual snoring and obstructive sleep apnea symptoms in adult dental patients,” was published last month in the Saudi Medical Journal and funded by the Deanship of Scientific Research grant from the University of Dammam.

Analyzing 200 patients at the dental clinics at the University of Dammam’s College of Dentistry in the Kingdom of Saudi Arabia, the researchers tested participants for OSA using the Berlin Questionnaire, a validated assessment used to screen people for OSA.

Participants were then screened for potential risk factors of OSA, such as weight, neck circumference, blood pressure, and size of the tongue, tonsils and uvula- the tissue that hangs in the back of the throat.

The results found that 23% of participants were at risk for OSA, of which nearly 80% were male.

The factors most common among people who were identified as high risk for OSA on the Berlin Questionnaire—along with obesity—were large tonsils, tongue indentations, and a high Epworth Sleepiness Scale score.

Future research will expand the sample size to include various age groups and monitor participant sleep overnight to confirm the prevalence and severity of OSA, says Al-Jewair.

Hypnotics for the Treatment of Obstructive Sleep Apnea