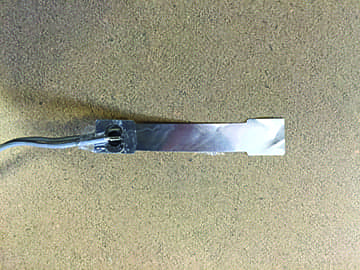 Polyvinylidene fluoride is increasingly being used in sleep diagnostics. But what is it exactly?

Many things that affect our everyday lives are taken for granted. For example, we do not usually notice underground water pipes or sensors that control traffic lights. PVDF—polyvinylidene fluoride—is one of those unseen items. It plays a part in our everyday lives and most people don’t know where or how.

The story of PVDF’s discovery starts more than 100 years ago. The Curie brothers discovered piezoelectricity when they realized quartz changed its dimensions when subjected to an electrical field, and it generated an electrical charge of its own when mechanically deformed. Piezoelectricity is Greek for “pressure” electricity.

One of the earliest applications of piezoelectricity technology was in the 1920s when a quartz transmitter and receiver was developed for underwater sound. This was the first SONAR application. Decades later in 1969, during a search for other materials that would have piezoelectric potential, Heiji Kawai discovered that PVDF was highly piezoelectric.

PVDF works by its ability to produce an electrical signal when subjected to force, sound, acceleration, pressure, or heat. Because of this unique property, PVDF can have multiple applications in multiple fields. For example, PVDF is widely used in traffic sensors. Sensors in the road can detect speed, weight of a vehicle, and traffic levels. Many highways have on-ramp meters that control the flow of vehicles entering to ease traffic congestion. PVDF is also used for weighing vehicles in motion, so it can monitor semi trucks (instead of the driver having to stop at a weigh station). And have you ever seen kids with shoes that light up when they walk? That is PVDF too.

In sleep medicine, PVDF is starting to be used more frequently for measuring respiratory effort and respiratory airflow. RIP (respiratory inductance plethysmography) has been widely used in monitoring respiratory effort. Many sleep technicians have heard the term “RIP belts” and use them daily, but many don’t know exactly how they work. RIP uses a looping wire that encircles the chest and abdomen. Changes in the cross section of the wire are converted into a small signal that then must be amplified to be read on a PSG. The amplification of the signal requires a constant AC power source. Because of the higher power requirements to convert the signal, battery life is shortened. This can lead to a more rapid degradation of the signal and could result in a loss of signal mid sleep study.

PVDF film used in respiratory effort belts produces a signal when subjected to acceleration or force. Unlike RIP belts, PVDF belts do not require an external power source. The PVDF film generates its own charge when force or acceleration is applied. A small DC battery is used to convert that signal for PSG. Because the film produces its own charge, it allows for longer battery life and thus more gradual signal degradation.

PVDF is also being used in nasal thermal airflow monitoring. Thermistors generate their signal by changes in temperature. When a patient breathes out, the heat that is applied to the thermistor produces a signal. Like thermistors, PVDF also responds to heat as well as airflow. Currently, air pressure (nasal pressure) and air temperature (thermal airflow) are used for breath detection and scoring obstructive events when conducting a PSG. The nasal pressure cannula is used for scoring hypopneas and the thermal airflow is used for scoring apneas. Because of this, a patient is required to wear two nasal sensors—generally in the nares—during the study, though there are some cannulas that allow for the thermistor to be integrated into the cannula itself. For some patients, having multiple sensors in the nose causes some discomfort. The bulk of the sensors could also potentially cause some airflow restriction for some patients.

Because of the way PVDF generates signal, it is responsive to both pressure change and heat. An article published in 2013 discussed research comparing PVDF to nasal pressure cannula and thermal nasal sensors.1 It was hypothesized that PVDF could be used for both nasal pressure and thermal airflow monitoring. The results of the research study showed scoring of obstructive events between the two to be nearly identical.

PVDF has a lot of potential moving forward in sleep testing and in oxygen delivery systems. In the future, PVDF could potentially be used for home sleep testing (HST) devices in place of a nasal cannula. Reusable sensors could cut costs for HST by eliminating the need for disposable nasal cannulas. It also might be more comfortable for the patient to not wear a cannula in the nose. 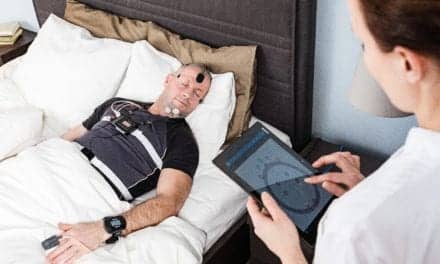