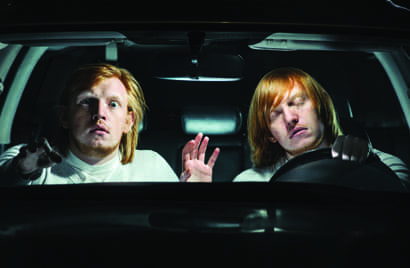 We’re all spending more time in our cars. If you consider just the act of commuting to and from work, 8% of US workers drive an hour or longer each day, according to the United States Census Bureau. Not to mention the nearly 600,000 workers who endure “megacommutes”—a weekday trek that extends more than 50 miles.

So Americans are privy to early mornings and late evenings with a plethora of stress in between. This is the perfect storm for drowsy driving—a behavior that the National Highway Traffic Safety Administration (NHTSA) says is responsible for more than 100,000 motor vehicle crashes each year. Of those, an estimated 1,500 incidents were fatal.

Sleep researchers like Michael Grandner, PhD—a member of the Center for Sleep and Circadian Neurobiology—have dedicated substantial time and resources in trying to understand the components of drowsy driving. Grandner and his team of researchers at the Perelman School of Medicine at the University of Pennsylvania have found that those who regularly sleep less than 6 hours per night, on average, are the most likely to experience drowsy driving, even when they are supposedly rested.

“Falling asleep at the wheel is a major cause of road accidents. It might even be more of a problem than drunk driving, since it is responsible for more serious crashes per year,” Grandner says. “We already know that people who are sleep deprived in the laboratory have impaired driving performance, but we haven’t been able to better define what sleep profiles and patterns put drivers in the general population at the highest risk.”

According to the Centers for Disease Control and Prevention (CDC), fatalities and injuries are more likely in motor vehicle crashes that involve drowsy driving compared with non-drowsy driving crashes. To comprehend the prevalence of falling asleep at the wheel, the CDC analyzed self-reported data from a set of questions about insufficient sleep administered through the Behavioral Risk Factor Surveillance System.

Among 147,076 respondents throughout 19 states and the District of Columbia, 4.2% reported having fallen asleep while driving at least one time during the previous 30 days. Drivers were more apt to snooze at the wheel when they had less than 6 hours of sleep. The CDC says drivers should avoid driving while drowsy and learn the warning signs of drowsy behavior—common sense pieces of advice that, in the real world, are frequently ignored.

For those drivers who choose to ignore the warning signs of drowsy driving, they can now get some help from the increasing number of car manufacturers that have developed and incorporated drowsy driving technology into their vehicles. 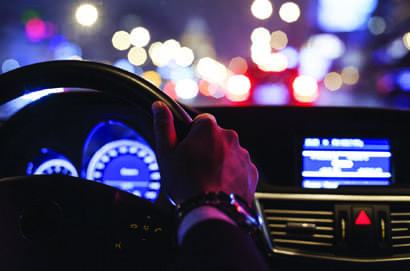 Automobile manufacturers have developed a unique set of systems that assist and alert the driver when the systems suspect fatigue.

The trend right now is crash-avoidance technology. The term sounds overly encompassing because, in some cases, it is. According to the Insurance Institute for Highway Safety (IIHS), crash-avoidance technology includes features such as adaptive headlights that improve night vision around corners and curves, forward collision warnings, emergency brake assistance, and blind spot detection. Some vehicles also have automatic braking.

Crash-avoidance technology first appeared on US roads in 2007. Volvo Cars is acknowledged as being the first out of the garage with the concept, which has since been emulated by the likes of Lexus, Mercedes-Benz, and Ford. In fact, the NHTSA has identified 68 vehicle models for the 2012 model year that feature either a lane departure warning, forward collision warning, or both.

Of the myriad features available today under the umbrella of crash-avoidance technology, the system most pertinent to drowsy driving is the lane departure warning system. The technology is found in a number of makes and models on the road today. The system uses cameras to track the vehicle’s position within the lane, alerting the driver if the car strays across the markings.

Just as the cars themselves run the gamut from high-end and feature-loaded to basic and economic, so do the types of lane departure warning systems available. For example, the Attention Assist system developed by Mercedes-Benz measures more than 70 parameters of the driver, which are continuously analyzed to detect fatigue. The company says this continual monitoring is important in order to recognize the gradual transition from alertness to tiredness and give the driver plenty of warning.

Per Mercedes-Benz, Attention Assist creates an individual driver profile during the first few minutes of each journey and compares this with sensor data and the driving situation as recognized by the vehicle’s electronic control unit. Alongside values such as speed and longitudinal/lateral acceleration, the Mercedes system also measures indicator and pedal usage, as well as specific operations and external factors such as crosswinds and the unevenness of the roads.

Four years of development and testing work on the Attention Assist system revealed steering behavior to be an extremely meaningful indicator of drowsiness. In tests involving more than 670 drivers, scientists and engineers at Mercedes-Benz determined that drowsy drivers have trouble steering a precise course in their lane, making minor steering errors that are often corrected quickly and abruptly.

If the system detects drowsiness, it emits an audible warning signal and flashes an unequivocal message on the display in the instrument cluster: “Attention Assist. Break!”

Using this information, the system constantly computes how vigilant the driver is and presents this rating via a display in the instrument panel. If the Driver Alert system detects the driver is fatigued and needs to rest, it releases a soft warning that will gradually intensify if not responded to.

“When a driver becomes drowsy, they tend to drift off line as they lose concentration and they might make sudden corrective steering inputs. Our Driver Alert system is designed to detect these erratic driving movements and warn the driver in a timely manner,” says Margareta Nieh, an engineer for Ford Motor Company who helped develop the system. 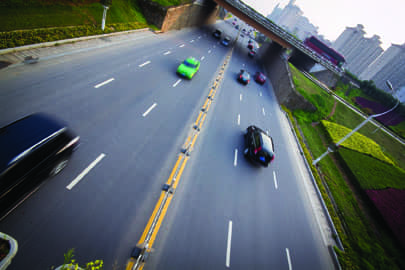 In addition to monitoring driving performance for acts of drowsy driving, the technology available today also is designed to assist motorists even when they are well rested, albeit distracted. A bevy of systems exist today that literally watch the road ahead.

For example, Ford’s Forward Alert accident warning system uses radar technology to scan the road ahead for slowing traffic. If the system detects unexpectedly braking, slower moving, or recently stopped vehicles in its path, it alerts the driver with an audible signal and a flashing warning symbol in the instrument panel. If the driver fails to brake immediately, the system triggers the Emergency Brake Assist function.

Volvo offers drivers a similar system—its City Safety technology, which is available in the Volvo XC60, a midsize crossover utility vehicle. The system is meant to prevent low-speed crashes in traffic. According to IIHS, fewer insurance claims for low-speed crashes were filed for Volvos with this technology than for similar vehicles that don’t feature the technology.

The benefits of crash-avoidance systems are well documented, although the cost of such technology is a bit difficult for consumers to get on board with. The costs for adding crash-avoidance technology to combat drowsy driving vary anywhere from $2,000 to $12,000 extra, depending on the system. This additional cost causes pause for motorists when making the decision to add the features to their new car purchase, which can inhibit the prevalence of the technology.

At Mercedes-Benz, crash-avoidance technology is something the company thinks its drivers shouldn’t be without. The company’s Attention Assist system is available at no extra cost for the 2012 model year for a number of its luxury line of vehicles. According to a Mercedes spokesperson, eventually all Mercedes models will feature the technology, for no extra cost.

With all the research, study results, and product spec sheets available on crash-avoidance technology, the IIHS states it best: “If all passenger vehicles had full packages of these technologies, including forward collision warning, lane departure warning, adaptive headlights, and blind-spot warning, one in three fatal crashes and one of five injury accidents probably could be avoided or their severity lessened.”

Lori Sichtermann is associate editor for Sleep Review. She can be reached at lsichtermann@allied360.com. 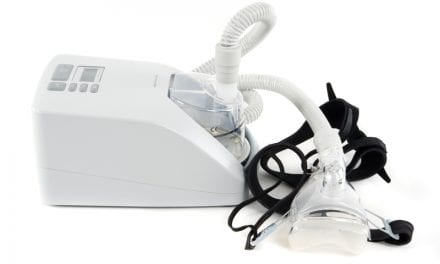 The 7 Best Books for Understanding Sleep