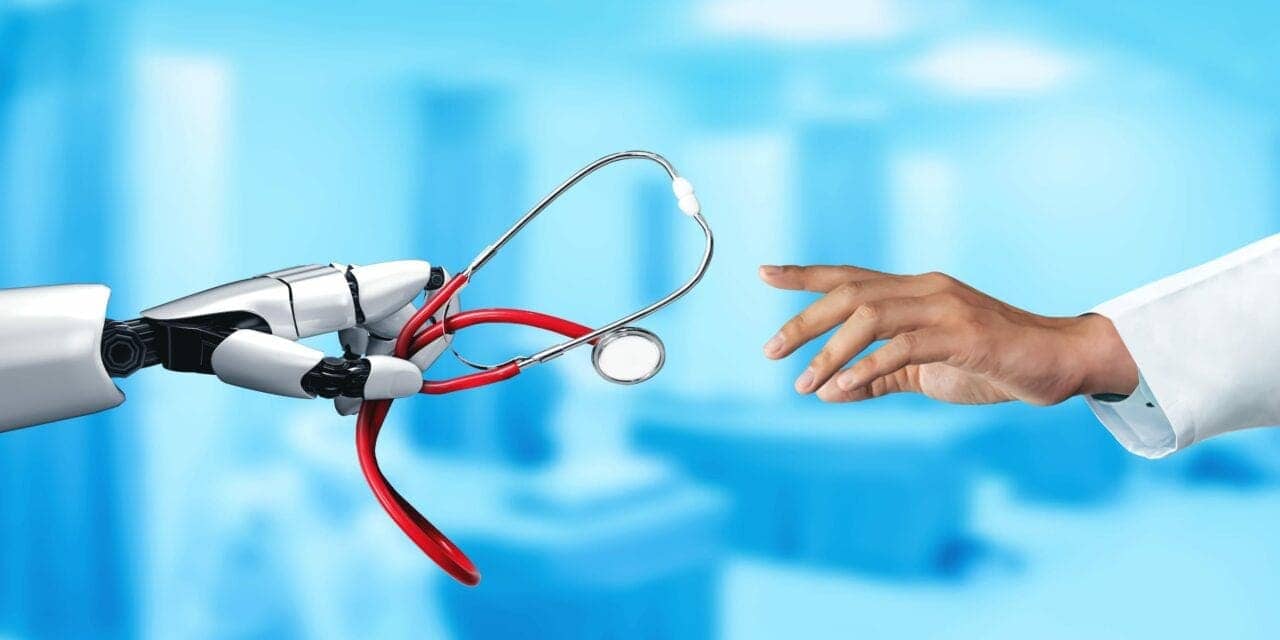 Sleep medicine stakeholders detail current AI-powered technologies and what they expect in the not-too-distant future in Sleep Review’s January 2021 issue. But you can read the article online today, courtesy of a sneak peek sponsorship by EnsoData.

Thinking machines have been the realms of scientific theory and fiction for more than 200 years—from mathematician Charles Babbage’s difference engine to author Arthur C. Clarke’s HAL 9000—and until recently they have been little more than the stuff of dreams.

But thanks to recent advancements in artificial intelligence (AI), a new class of machines is here to learn how to help people with obstructive sleep apnea (OSA) have pleasant dreams.

While a truly “thinking” machine may be many decades away, today’s AI-powered technologies are certainly smarter than the machines of even a few years ago and are poised to transform the diagnosis and treatment of sleep-disordered breathing.

For Chris Fernandez, CEO of EnsoData, the makers of sleep scoring and analysis solution EnsoSleep, the two biggest challenges for sleep professionals are 1) under-diagnosis of OSA and 2) adherence to treatment.

“What we’re most excited about in regard to AI is in treatment selection by making an easier, better, faster diagnosis,” he says, adding that this opens a path to more personalization and better therapy adherence.

Unlike the super-intelligent machines of science fiction, a modern AI machine cannot be programmed to be smart. This is where machine learning comes in.

There are two ways machines can learn, says Fernandez. The first is through supervised learning. In this model, researchers come up with a hypothesis and try it out by feeding the machine historic data, showing the machine what worked and what had mixed results. What the machine learns from this data will help prove or disprove the hypothesis.

“We used algorithms similar to Netflix and Spotify—it’s the same personalization technology,” he says.

The second method, unsupervised learning, leaves it to the machine to interrogate the data itself. In this model, there are fewer assumptions by the team. And more closely by analogy replicates the kind of knowledge gained by experience.

Either way, “it makes it a lot more efficient,” says Fernandez.

Subath Kamalasan, CEO and co-founder of respiratory and sleep management software Somnoware, says AI will be “transformative” as it learns how to “identify who is most likely to develop OSA long before any symptoms are present.”

Somnoware is working on data warehousing solutions that will provide an integrated repository to process patient datasets by unifying information from sources including electronic medical record applications, sleep diagnostic devices, and CPAPs. Identifying sleep apnea early “will undoubtedly reduce the occurrence of severe OSA and the progression of other illnesses related to untreated sleep disorders,” Kamalasan says.

“We know that the worse the OSA, the more likely that an arrhythmia is present,” says VirtuOx chief medical officer Lee A. Surkin, MD, FACC, who is also a cardiologist and sleep physician in private practice. “The dilemma is how to get more screening for OSA, and then identify who’s having an arrhythmia.”

But while it’s more probable that a cardiac arrhythmia will be identified in an in-lab sleep test, Surkin says that home sleep tests typically only record heart rate data.

So the team at VirtuOx taught its home sleep testing machines to identify if a patient has a potential cardiac issue.

Kyle Miko, CRT/CSE, founder and chief marketing officer for VirtuOx, says, “VirtuOx has developed several ways to uncover potential cardiac arrhythmias in sleep patients by looking at heart rate variability and severe bradycardia/tachycardia events while patients are using either a home sleep apnea test or home overnight oximetry. The devices we use record and store data in high-resolution pulse oximetry—in one-second increments—so we have tremendous amounts of data and in some cases we obtain 28,800 records of data over an 8-hour session. Once the data is transferred to the VirtuOx Cloud Platform, AI reviews thousands of rows of data looking for bradycardia/tachycardia events.”

As the VirtuOx clinicians learn more from these datasets, they can fine-tune the AI by manually looking at various datapoints obtained from patient studies.

Surkin, who oversees the cardiac health professionals who monitor VirtuOx patients, has found that a large number of patients have had cardiac problems severe enough that it warranted a cardiac consult.

“Through this new approach, we are finding a significant number of cardiac arrhythmias, which can potentially avoid major adverse cardiac events,” he says.

In treatment, too, AI-powered technology is making a difference.

[RELATED: Pulling Back the Curtain on AI in Sleep Medicine]

For ProSomnus, AI is revolutionizing the way it will make its oral appliances. Instead of relying on impressions, the process of designing and milling its upcoming EVO appliance is digital and “every device is run through a program. The robot knows how to create it in the most efficient way,” says Len Liptak, CEO of ProSomnus.

That being said, there’s still a human technician involved. A tech reviews the robotic design before manufacture, making adjustments to eliminate post-production alterations.

ProSomnus can deliver a device from start to finish in about 7 days, where it once took 28.

Shorter turnaround time is only one of the advantages of an AI-designed device, according to Liptak. “Patient outcomes are better with fewer false negatives and failure for the wrong reason,” he says, adding there are fewer adjustments and defects.

“In our IRB [Institutional Review Board] testing, ‘trust’ is a word that’s coming up. The EVO has all the things that sleep physicians are looking for,” Liptak says. “It’s designed to be a trusted, dependable solution.”

“Somnoware’s predictive analytics help estimate a patient’s likelihood of success with CPAP therapy based on certain clinical and demographic attributes,” Kamalasan says. “By identifying specific patient cohorts who are considered at-risk, our predictive analytics allow clinicians to prioritize care delivery and maximize adherence across their population.”

“In more complicated AI scenarios, you could monitor interventions on AI-learned phenotypes until you have a set of interventions specific to the patient phenotype,” he says. “This data could even be used to identify the cost of each phenotype. For instance, phenotype A has a 75% chance of achieving adherence above 70% at the cost of 30 minutes broken down into four calls at $30 an hour. That means it costs $15 per patient to work the group, and 75% will benefit from that work. Meanwhile, phenotype Z has a 10% chance of success and requires 6 hours of work broken into 25 calls, costing $180, and only 10% of the group will benefit.”

And while this may seem bottom-line focused on its face, Hevener adds that AI could be useful in determining the effectiveness of alternative therapies through demographics and behavior.

“The introduction of AI would allow for a more cost-effective way to work the phenotypes with a low likelihood of success and direct them into alternative therapies where the phenotype’s success rate is high,” he says.

“For example, our current rules engine automates first level patient engagement by identifying patients who are nonadherent on CPAP within a specified duration of time—7 days, 30 days, 60 days—and sends them an SMS/email message automatically to alert them,” he says. “Rules and corresponding messages can also be customized to account for a variety of other factors, so it’s tailored specifically for the patient’s care plan.”

Even more importantly, AI may integrate diagnosis and treatment together, so the patient gets maximum benefit from therapy on day one, minimizing the need to make adjustments.

“In 2019 BetterNight and EnsoData used a machine learning technique called ‘random forests,’” says Hevener. “This technique uses many decision trees that operate together, each giving out class predictions to pin down a viable model from those predictions—using variables collected during a [home sleep test] and demographics. We were able to identify optimal therapeutic CPAP pressure + or – 2 cmH2O, with an average accuracy of 97.8%.”1

[RELATED: Beyond AHI: The Future of Endophenotyping in Sleep Medicine]

Revolution in the Land of Fire & Ice

The old cliché “two heads are better than one” is gaining new relevancy in Iceland at Reykjavik University’s Sleep Revolution, an international research and development project, which recently received a 15-million Euro grant to improve research, diagnosis, and treatment of OSA and related disorders using machine-learning techniques. It will build a database of information collected from 30,000 individuals in Iceland and throughout Europe, with additional data being collected as the project progresses.

Nox Medical is one of these partners. It provides the project its industry expertise, acting as a potential early adopter with the company being a vehicle to bring the ideas to market, according to Jon Agustsson, PhD, director of analysis, data, and research at Nox Medical.

“This mix of the new generation and experienced parties makes the consortium dynamic very interesting and will hopefully lead to fruitful collaborations and interesting outcomes,” he says. “AI and machine learning are tools in a variety of tools employed by Nox Medical to pull out every bit of information from the recorded signals. We employ both methods built on human knowledge, as we do in endophenotyping, and methods where we learn directly from the data as with AI and machine learning.”

AI in itself will not improve accuracy, individualize diagnosis, or provide better treatment. Agustsson says, “These are all tasks that humans need to solve with research, and then can be learned by AI. This is why projects such as the Sleep Revolution are so important, to push the science forward. AI can play a role in advancing sleep medicine and be a tool in research, but the major leaps will likely still come from human scientists, physicians, and sleep technologists working on the big questions.”

In the Not-Too-Distant Future

Agustsson says it’s hard to predict whether AI’s true implementation will happen as soon as within the next 5 years or much later. “OSA treatment is likely to become more prominent, with more patients being treated,” he says. “With the research we see today in endophenotyping, with different treatment options, and which treatment options are suitable to which patient groups, one can imagine that more personalization is on the horizon….The technology is not the main difficulty, but the whole ecosystem where the technology is used.”

Likewise, Kamalasan sees a bit of a mixed bag. “I think testing and diagnosis will see a larger shift than OSA treatment, although there are innovative new surgical options that have been recently introduced,” he says. “I want to also place a lot of emphasis on the value of screening and how that will become a critical aspect to sleep healthcare. Adoption of wearables will allow patients to become aware of their sleep quality and health, passively as well as actively.”

And while the technology may change and become more sophisticated, one thing won’t: “The patient is the center of the treatment model,” says ProSomnus’ Liptak. “Patient preference should be driving treatment, and the only way to optimize treatment is with AI-driven technologies to make oral or other devices. But it’s all about the patient and not the technology.”

While he can’t claim that his own sleep tracker is “smart,” Sleep Review contributor C.A. Wolski relies on it nightly to let him know if he’s gotten a good night’s rest.

(Sneak peek sponsor EnsoData is quoted in the article, along with other sleep medicine stakeholders who are working on AI solutions. It did not get prepublication approval rights for this content.) 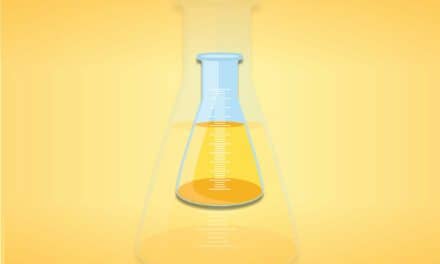 How Close Are We to Drug Therapy for Obstructive Sleep Apnea?