Standing Out From The Crowd

The Sleep Center of Northeast Georgia Medical Center gains recognition through providing diagnostic and treatment services for a broad range of sleep disorders and for patients of all ages.

What happens when physicians in need of a sleep disorders laboratory have no options in their community, forcing their patients to travel dozens or hundreds of miles away for polysomnographic testing? In the case of Gainesville, Ga, a partnership was formed between two existing entities to create a laboratory that would meet the rising demand for sleep medicine. The result was The Sleep Center, which opened its doors as a one-bed sleep laboratory within the Northeast Georgia Medical Center (NGMC) and Health System in 1991 and has been steadily expanding ever since.

“Drs Kelly and Murray wanted a better, closer way of doing sleep studies on their patients, who were being sent to SDCG, now part of Sleep Sciences, in Atlanta for testing,” says Neil Baggett, who joined the Sleep Center in 1997 as a night technician, but now serves as its operational manager. “NGMC also serves the northern part of the state, so sometimes patients were traveling very far. We all recognized the importance of having those patients stay in their own community under the care of their own physicians and we wanted to enable that to happen.”

Together, they developed a contract wherein NGMC would provide staffing, space, and equipment and Sleep Sciences would provide development support, scoring, over-reads of studies, and consultative assistance to local physicians. The resulting Sleep Center opened 10 years ago as a two-bed, full-service facility with a focus on providing diagnostic and treatment services for a broad range of sleep disorders and for patients of all ages.

Both NGMC and Sleep Sciences staff remain strongly involved in the center. Organizationally, the center lies within the respiratory care department of the hospital, and Russ Duteau, RRT, director of clinical services at NGMC, is a key facilitator, and Kelly serves as its medical director. Though not yet accredited through the American Academy of Sleep Medicine, the Sleep Center is pursuing that status, and expects the process to be complete within the next year.

“As in most labs, most of what we see is sleep-disordered breathing,” says Lankford, director of the center. “We are capable of managing a full range of sleep disorders, which has included somnambulism, periodic limb movement disorder, insomnia, and narcolepsy as well as obstructive sleep apnea.”

Janice Fuller, RRT, RPSGT, prepares a patient for a polysomnogram.

Specialty Programs
The Sleep Center also works in conjunction with a few specialty programs at the hospital. In particular, the center maintains a close relationship with NGMC’s “Weight to Go” program for surgery treatment of obesity and its medical director, C. Dan Procter, MD, FACS.

“Dr Procter recognizes the relationship between obesity and sleep-disordered breathing and has integrated sleep medicine services as part of his programmatic approach in diagnosis and treatment,” Lankford says. “As a result, our lab sees a fair number of patients who have entered the hospital’s bariatric surgery program. We screen all of them, although we don’t necessarily test and treat all of them, for virtually any sleep disorder.

“It has been shown that when sleep disorders are treated, this patient population has better recovery and an increased ability to remain healthy,” Lankford continues. “About 75% to 80% of those patients have signs of sleep-disordered breathing and require treatment. That has been very well received by physicians as well as patients, and those undergoing major surgery do much better in recovery. We can then also have nasal continuous positive airway pressure (CPAP) devices available for them as they go into recovery and then to their rooms. The patients bring the unit with them so they are on CPAP therapy throughout their recovery period.”

NGMC also is in the process of opening its open-heart surgery facility in April, and the center is working to integrate sleep services with that program as well.

“A large body of medicine indicates that there is a growing relationship between sleep-disordered breathing and cardiac abnormalities,” Lankford says. “So, we will begin evaluating and testing for those patients too.”

Patient Backlog
Like most sleep laboratories, the Sleep Center usually has a backlog of patients, though Lankford says the staff tries to keep turnaround to a reasonable level.

“Typically, our goal is no longer than 21/2 to 3 weeks from the point of entry to the time patients are studied to the time they get their results,” Lankford says. “We have a goal that the results are back into the referring physician’s hands no later than 5 days after the testing, although we typically do much better than that.”

When patient backlog has become a problem in the past, Lankford says the center has responded by expanding. When the Sleep Center’s two-bed laboratory was running at capacity 5 nights a week, for instance, the staff knew it was time to grow.

“Obviously, the service was well received, because a competing lab also opened up in town,” Lankford says. “And since our two-bed lab was running at full capacity, NGMC decided to expand further to four beds. Given that space was a constraint within the hospital, we identified space on the hospital campus in an outpatient setting and moved the lab there, opening a four-bed location by February 1999.”

Even before the center’s expansion, its popularity brought added responsibility for staffing and service issues. In 1994, for instance, Sleep Sciences started providing technical staff in addition to its initial services.

“After a year or so, the hospital was having trouble keeping the night technician position staffed and so asked if we could step in,” Lankford says. “A four-bed lab requires a lot of daytime supportive management. So Sleep Sciences provided night staff then and daytime management staff as well. As we developed further, we added additional daytime support people so all the scoring was done locally rather than being provided out of Atlanta.”

Sleep Sciences continued to provide professional support all along, but as the facility grew even more, Lankford, who had been providing his directorship support services from Atlanta, began traveling to the site 1 day per week. By 1999, the facility was continuing to grow so quickly that he doubled his time commitment, coming in 2 days per week to function as administrative director.

“We were still seeing many patients coming from long distances, and we felt we could serve them in their communities,” Lankford says. “So, in 2000 we developed outreach sleep labs in some of NGMC’s 17 neighborhood health centers, located in communities throughout north Georgia.”

Expansion
Today, the Sleep Center operates in four other locations: Buford, Clayton, Cumming/Coal Mountain, and Dahlonega. Each remote site has two beds, while the primary location in Gainesville has increased its occupancy to six beds by adding two more beds in an off-campus site, which opened about a year ago to meet patient demand.

“The six beds are in operation 7 nights per week, which is far more than in the outlying facilities where demand has not built up yet,” Lankford says. “We expect those other facilities to see more demand soon, however, especially as physicians and patients become aware of the services available.”

The laboratory employs nine full-time and six part-time staff members, all of whom rotate among the locations. Some are primarily assigned to the hub laboratory in Gainesville, while others spend most of their time in the outlying laboratories.

“There is a lot of rotation going on, and we try as best we can to balance the needs of physicians and patients with the needs of the technical staff,” Baggett says.

“We are constantly evaluating the new equipment and upgrading to the best option.”
— D. Alan Lankford, PhD, ABSM

In conjunction with its expansion, the Sleep Center has been able to add a physician (Kelly) to the home laboratory as well as new services, including the ability to do studies on shift workers, Multiple Sleep Latency Testing, and Maintenance of Wakefulness Testing. As the Sleep Center grew, it also gradually made strides functionally, becoming what is essentially a paperless laboratory.

“We are constantly evaluating the new equipment and upgrading to the best option,” Lankford says. “In the beginning, we were running paper studies, but we converted to being totally computerized quite some time ago. We are beginning to evaluate some home diagnostic testing possibilities as well.”

Even without offering a more convenient home option for testing, the clinic has been very well received by physicians and patients in the community. “They are happy that patients can be managed and evaluated locally,” Lankford says. “There is such a huge need for sleep medicine services, and we are fortunate that this niche is continuing to grow. Our biggest hurdle over time has been finding space to expand into, and this is not an uncommon problem with sleep disorder centers.

“I don’t think many hospitals have 17 neighborhood health centers to expand into, however,” Lankford adds. “As a result, we are always in the process of evaluating needs in the outlying communities and looking at other possibilities in those health centers.”

Currently, the Sleep Center’s plan is to increase to eight beds in the Gainesville location within the next year or so, and to take an increased interest in seeing more pediatric patients.

“There are some different types of testing equipment and environments necessary for us to meet that patient group’s needs, as well as a focus on physician education in the local community about the availability of those services,” Lankford says.

“The Sleep Center stands out in the field because it is a long-term, successful partnership between NGMC and Sleep Sciences,” Lankford says. “This has been a mutually beneficial partnership with the hospital, which has been very supportive of Sleep Sciences. In turn, we have contributed to the hospital’s success. Each partner has unique things to bring to the mix, ranging from space to personnel to capital to technical and professional expertise. We can meet each other’s needs and succeed much more quickly and efficiently than we would on our own.” 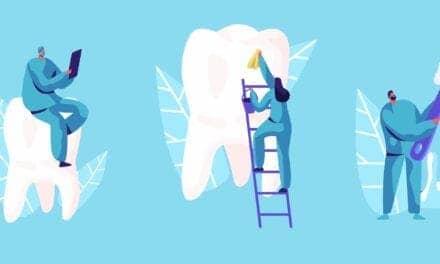 How to Integrate Sleep Medicine into General Dentistry Practices 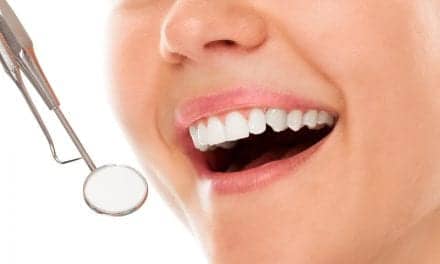 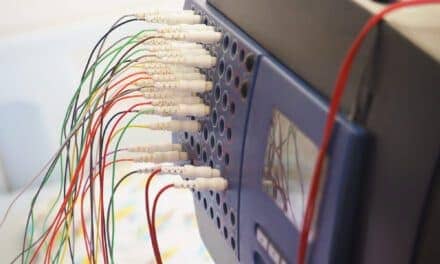