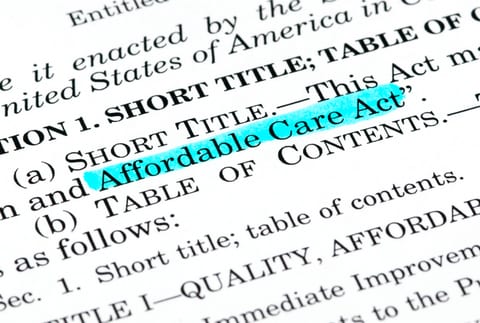 Having health insurance isn’t the only reason some groups sleep better at night than others, but experts say it plays a role.

Health and health care disparities are well known in many disciplines. Just this month, headlines reported higher mortality rates among black women with ovarian cancer compared with white women and increased risk of death from common diseases for Americans who live in rural parts of the country compared with cities. Disparities exist in the field of sleep health, too, but are perhaps less well known.

Some studies suggest that blacks, females, immigrants, and youth sleep for shorter periods of time or struggle more with disrupted sleep, and that sleep apnea is more prevalent among certain racial and ethnic groups like Hmong immigrants from Southeast Asia and blacks. But there are relatively few large sleep studies that include minorities. “There’s still a lot of unknowns,” says Natasha Williams, EdD, an assistant professor at NYU School of Medicine who studies disparities in sleep and other areas of healthcare. “I think the evidence is definitely growing and that’s important. I think that investigators are also to the point where they’re trying to understand some of the mechanisms that would explain these differences.”

One mechanism that many point to is uneven access to healthcare. Enrolling the uninsured was a key component of the U.S. Department of Health and Human Service’s (HHS) 2011 Action Plan to Reduce Racial and Ethnic Health Disparities. “Lack of insurance, more than any other demographic or economic barrier, negatively affects the quality of health care received by minority populations,” the authors wrote. “Racial and ethnic minorities are significantly less likely than the rest of the population to have health insurance.”

That plan relied heavily on the Affordable Care Act (ACA), which it called “the most significant federal effort to reduce disparities in the country’s history.” Now, that legislation is likely to be repealed in part or in total under President Trump.

Much of the criticism of the ACA focuses on the individual mandate, which incurs a tax penalty on the uninsured. (High monthly premiums, which many argue increased as a result of the law, is another sticking point.) But the bill also contained specific directives targeted at improving care for minorities and low-income communities, like funding community health centers, increasing cultural competence training, and re-authorizing the Office of Minority Health and the Indian Health Care Improvement Act.

The fate of those provisions is, like the rest of the bill, uncertain. During Rep. Tom Price’s confirmation hearing for the position of Secretary of Health and Human Services last week, he would not say whether he supported continued funding of the Offices of Minority Health.

Williams  says, “We don’t really know what’s to come next given the new administration in terms of the ACA, which is really unfortunate.” There are provisions of the law that she hopes make it through to the next phase, like mandatory coverage of preventative care. “Seven million African Americans have access to preventative services such as mammograms and flu shots,” Williams says, referring to a 2014 report put out by HHS on the expansion of preventative care coverage. “That’s been a huge benefit of having access to insurance and part of the ACA.”

Since conditions like insomnia and sleep apnea can be comorbidities with other conditions such as obesity—which affects blacks disproportionately—impaired access to primary care and preventative services could trickle down to sleep disorders. Williams points out, though, that sleep disparities come down to more than just insurance coverage. Not only do sleep habits and attitudes differ culturally, but economic factors play a role in a person or family’s living situation and ability to fall asleep comfortably.

“We can’t think about health and take it out of the context of neighborhoods,” she says.

Merrill Wise, MD, a sleep specialist who practices in Memphis, Tenn, recalls patients who have trouble sleeping because their neighborhoods are noisy or even violent.

“I have seen children who say, ‘I feel much more comfortable sleeping at school during the day because I’m so afraid at night.’” More commonly, he says, is the scenario where unemployment, shift work, or juggling multiple part-time jobs toys with a person’s sleeping habits.

“A good example might be someone who works part time at somewhere like Walmart and they may or may not have any insurance and they’re being asked to work irregular shifts. It just snowballs into a very difficult situation in terms of managing just simple things like sleep-wake schedules and it’s amplified when you also have formal sleep disorders like obstructive sleep apnea,” he says.

Wise was the president of the American Sleep Medicine Foundation when it began the Humanitarian Projects Award Program, a grant opportunity for investigators working on projects that addressed disparities in sleep health. The program, now a part of the Focused Projects Award program, has funded projects like Sleeping Children Around the World, which distributes bed kits to underprivileged children.

Williams agrees that patient outreach is key. Her previous work shows that sleep studies are more likely to be undergone by patients who request them themselves, which requires a certain level of “sleep health literacy.” She and her colleagues are testing out an online sleep education program now.

It’s unclear, as with so many aspects of health policy during this transition period, what effect the looming ACA repeal may have on the broad swath of patients who visit, or would benefit from visiting, sleep specialists. What clinicians can do for now, both Williams and Wise say, is take care to communicate well with their patients.

“The starting point would be to insure within your patient population that you do your best to educate and sensitize patients and families about the important linkage between undiagnosed sleep disorders and sleep problems,” Wise said, “and then to try to work creatively with individuals and families to actually meet needs.”

CMS Encourages Use of Health IT Systems Through Financial Resources, Flexibility